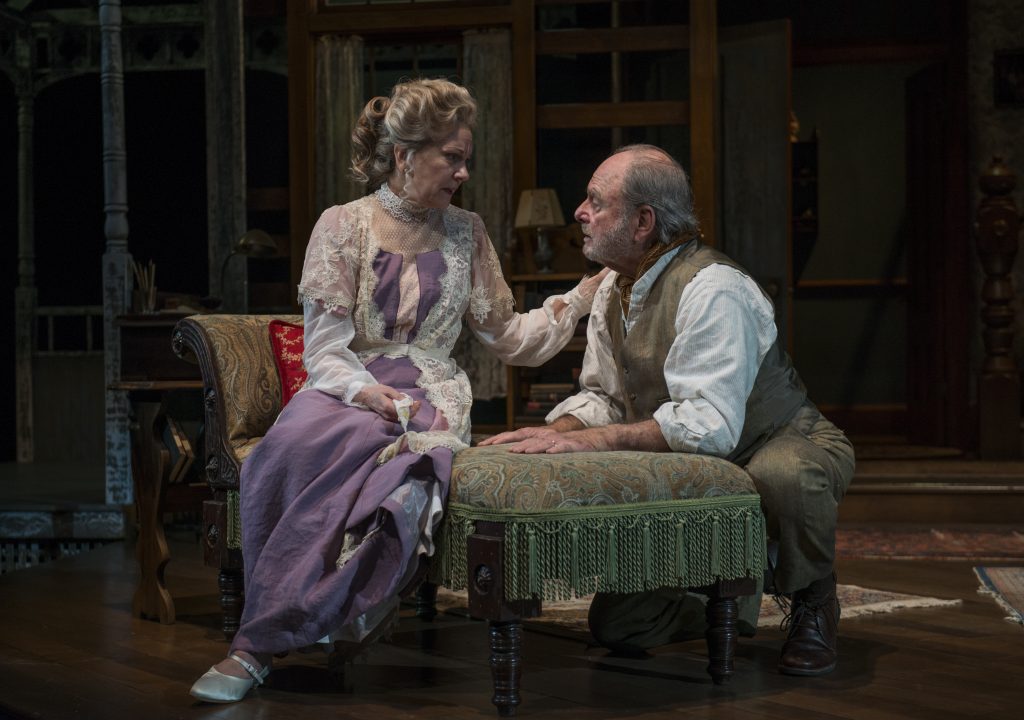 Of the numerous advantages to mounting a revered classic, perhaps the most underappreciated is that it actually takes the play itself largely out of the equation, freeing up the audience to focus on the production and performance of it. While there is no shortage of middling send-ups to the Western canon, occasionally there is cause for pause, when sublime forces come together in service of a transcendent vision. Such is the case with Court Theatre’s “Long Day’s Journey Into Night,” a production that pushes itself—and, by extension, its audience—to the very threshold of expectation, art and beauty.

Without warning we are hurled into the world of the infamous Tyrone family. Director David Auburn’s decision to begin his production without fanfare or even the lowering of the house lights perfectly sets the day-in-the-life tone of O’Neill’s play. There is so much evidence to suggest that this particular August day in the sleepy Connecticut hovel is no different from the thousands of days that preceded it. It is simply the beginning of another in a long line of feedback loops that will repeat ad infinitum until the Tyrone family are swallowed completely by the fog of time.

The production’s refined technical touches work in psychic harmony with the text. The subtle shifts of temperature in Lee Keenan’s lights tell the entire story in shades of blue and orange. While Auburn professes that his desire to do this play was motivated by wanting to see Harris Yulin as one of theater history’s most complex patriarchs, it is Mary Beth Fisher as Mary Tyrone, a woman tortured to the point of schizophrenic dissociation, who will haunt your mind well after the lights go down on her final monologue.

As a play and a production, “Long Day’s Journey Into Night” is exhausting in every sense. It takes its audience right up to their emotional limitations. If you were to peek over and peer down into the void you could just make out the shadow of the Tyrones, forever lost to each other and themselves. And just beyond them, the ghost of O’Neill floating in the ether, free at last. (Kevin Greene)