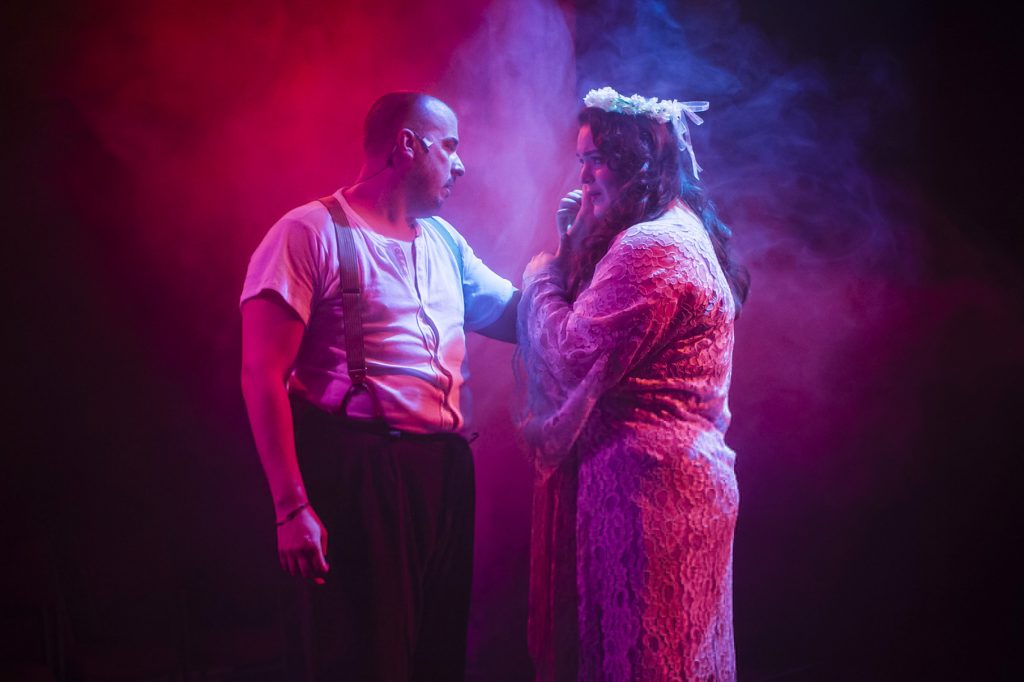 There is a case to be made for the correlation between the expedient rise of fascism and the expansion of expressionistic art in the early twentieth century. On their respective faces they are in stark opposition. Fascism’s commitment to the sanctity of statehood clashes deeply with expressionism’s conviction in subjective reality. It would seem that Elmer Rice was mulling over these polarities when he wrote “The Adding Machine” in 1923. Rice’s play was given a second life as a musical that began in—and now returns to—Chicago, where it finds an ideal home with the sensitive polymaths at The Hypocrites.

As an experimental work, the pleasures of “Adding Machine” are mainly technical. Jason Loewith and Joshua Schmidt’s adaptation matches Rice’s pitch-black tone with dense polyrhythms, Bergian harmonies and vertigo-inducing vocal theatrics. As the nagging wife of the bitter protagonist, Kelli Harrington leaps from relentless monotone into screeching falsetto. As her dimwitted and generally dumbfounded husband, Patrick Du Laney drags himself listlessly through life and death.

The two quarrel as if some great catharsis is just around the bend. Yet the production delights in anti-climax and fully embraces Rice’s predilection for false positives. “Adding Machine” philosophizes on the nature of punishment: how what we complain about bitterly is actually the very stuff that keeps us going. It is a thinker’s musical, one that Franz Kafka, George Orwell or Karl Marx would have certainly enjoyed.

The play is carried off with characteristic zeal and liberal use of artificial fog. With choreographer Katie Spelman, director Geoff Button whips us through Rice’s story though his penchant for showy extravagance can induce restlessness in slower scenes.

At this juncture in human history it shouldn’t be difficult to ascertain why certain works remain vibrant documents of the human condition. Rice’s play was more observant than prescient. The conclusion of “Adding Machine” is the existential equivalent of GIF: a gesture made hypnotizingly irrelevant through infinite repetition. The lens of history can show us many things. Then again, so can a well-placed mirror. (Kevin Greene)