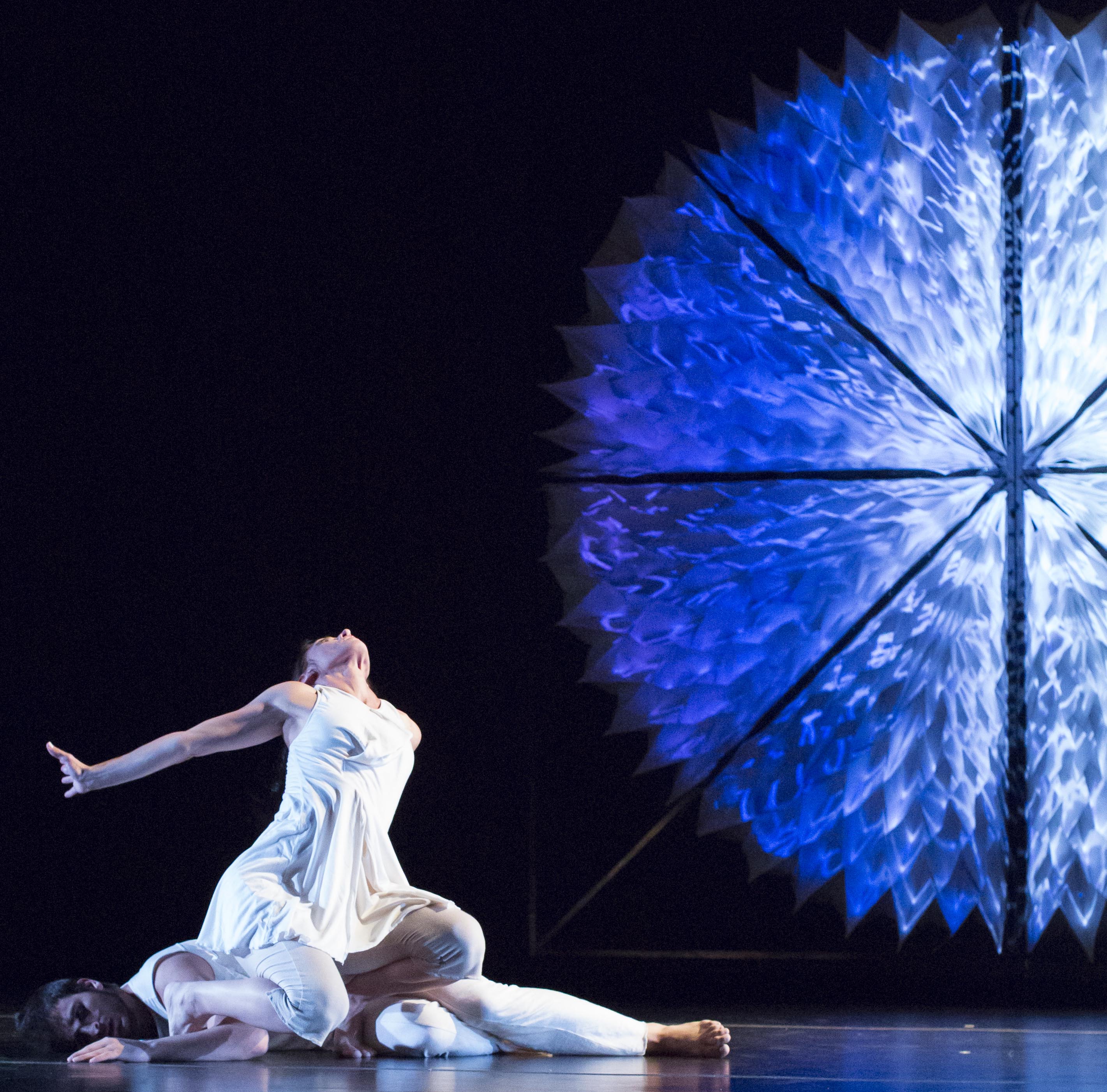 “Circling the Square” at the Athenaeum Theatre continues in the immersive, interdisciplinary mode for which Hedwig is known—and promises to raise the bar a notch. Also on the program is a reprise of “ASCENDance” and the premiere of a new work, “Trio M,” both pieces rife with concepts of mathematics. Simultaneously, the production incorporates a compelling team of collaborators, including sculpture by Barbara Cooper and Petra Bachmaier (recently named one of Newcity’s Design 50 of 2016) and well known for the light-effects public art of her company luftwerk, including the “solarise” installation at the Garfield Park Conservatory; alongside composer Matthew Ferraro, costume designer Vin Reed and lighting designer Ken Bowen. Explains founder and artistic director Jan Bartoszek, the show title “directly refers to the paper sculpture that Barbara Cooper created as a visual focal point for ‘ASCENDance.’ The sculpture is in the form of two folded paper half circles joined within a metal armature (two rectangles) which come together to form a circle in a square.”

Similarly, this preoccupation with geometric mathematics carries over into “Trio M,” performed by company members Odbayar Batsuuri, Zachary Bird and Edson Cabrera. “’Circling the Square’ has other references,” Bartoszek elaborates, “It is a mathematical concept of approximation and it also refers to mandalas or a microcosm of the universe,” which are comprised of mathematically repetitious patterns. “Trio M,” built on the foundational structure of the number three and its natural correlation in the shape of the triangle, provides the choreographic background notions against which the performance is staged. (Michael Workman)