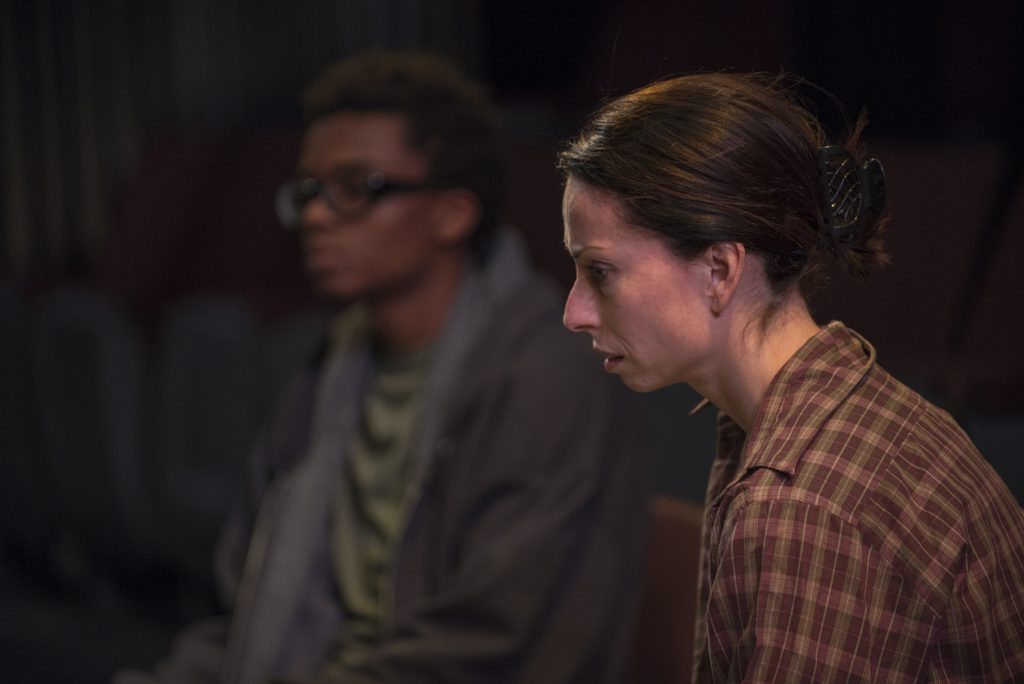 Abe Koogler’s “Kill Floor” is a thoroughly unappetizing play. I mean that in the best way possible. It emphasizes emotional distance to the point of inducing a kind of horizontal vertigo. It sets up autonomy as the enemy of connection and demonstrates how divergent paths can unite without completely assimilating. Yet, Koogler’s intelligence doesn’t step on the toes of his grace as a writer. Like a flawless decapitation, “Kill Floor” has a terrible elegance to it.

His play talks about a lot of things without turning them into subjects: abuse, neglect, politics, war, appropriation, inequality, identity. The slaughterhouse setting is not meant to be an overtly political statement on the treatment of animals. Nor does it serve as a complete metaphor for the stifling predicaments the play poses. Koogler’s brilliance as a playwright is how he captures the real while hinting at the eternal. Just when it seems like he is trying to strangle your heart with tension, he goes ahead and breaks it with simplicity.

Continuing his indomitable winning streak, Jonathan Berry’s direction represents some of his most spare and enlightened work to date. Where you might reasonably expect laughs to break tension, here they only seem to add to it as if each uncontrolled burst was laced with the realization that so much is beyond our control.

While there is much to praise, the two most prominent reasons to see “Kill Floor” are Audrey Francis and Sol Patches. As actors on markedly different ends of their careers, Francis and Patches seem to have learned a good deal from one another. The former is plenty good at playing high strung. Yet as Andy, a struggling ex-con and mother, Francis suffuses her scenes with layers of acerbic hostility and deep longing. What she can communicate without words, in the bulging of an artery or the glassy glaze of an eye, is simply exquisite.

Patches plays B’s moody adolescence close to the vest. As a teenager themselves, Patches seems both within and without, as if their performance was dictated by forces they have not yet fully grasped. Rest assured: beginner’s touch is much different than beginner’s luck and there is without a doubt some inscrutable magic in them. (Kevin Greene)