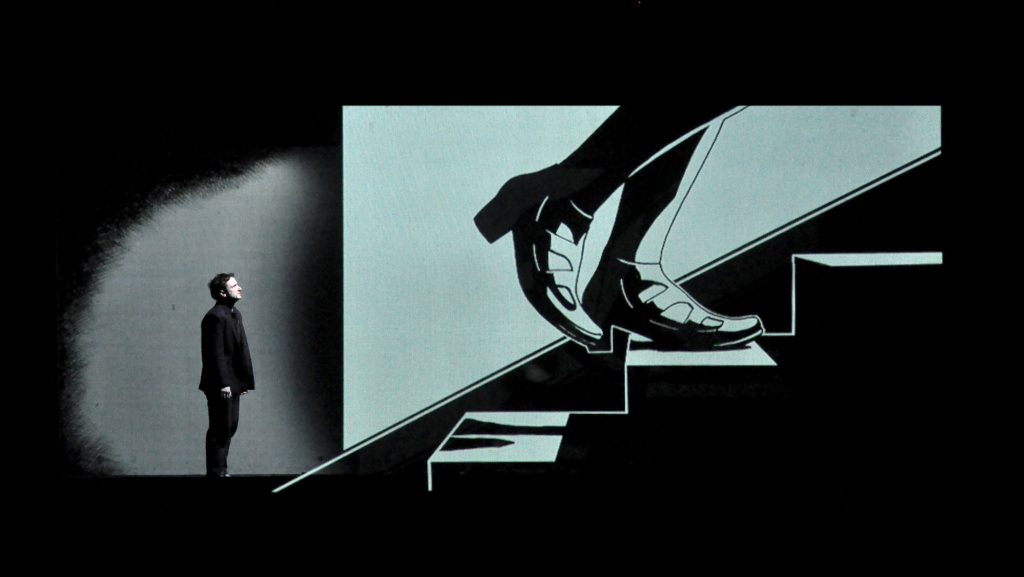 The Museum of Contemporary Art presents “Historia de Amor (Love Story)” by the Chilean theater company Teatrocinema. The production is based on a graphic novel of the same name, and promises, despite its contentious themes, to immerse audiences in a visually stunning and chimerical nightmare. Comic book-style artwork laced with interactive video footage pushes the boundaries between the fourth wall and the mind.

“Historia de Amor” is adapted from the work of renowned—or reprehensible, depending on who you ask—French author Régis Jauffret. A tenebrous, modern noir, Jauffret’s novel might seem an odd choice for the elite roster of experimental productions at the MCA Stage. Bordering on offensive, obscene and outright illicit, the premise of this play could be completely off-putting. It is definitely not for children or the faint of heart.

From some of the summaries and previews online, one might be tempted to say the over-aestheticization of such fraught subjects as rape, forced isolation and degradation could be an overcompensation. Promising heavy use of digital imaging, tricks of light, scrims, projected scenes and locations, all in graphic novel-style staging and saturation, curiosity about the piece prevails, born at least in part out of confidence that the MCA wouldn’t present an utterly sexist or apologist work. Even if tenuous parallels between Pinochet’s seventeen-year dictatorship in Chile and the content of the plays’ sleight of hand aren’t enough to satisfy audiences or critics, the museum will surely hear about it anyway.

Laura Pizarro, art director and designer for Teatrocinema, says the play is “an allegory of abuse, mostly about abuse of women, so in that sense we could say the play has a feminist perspective. But it is broader than that. It is about a lack of rights, about fragmentation, about the devaluing of the human being.” For those of us tired of certain tropes or conflations of the Latin American or South American political melodrama being sold to us (or back to us, depending on your demographic) in the guise of trauma, this play might offer a relieving alternative. The dark urban landscape and the ever-pressing dangers of human vulnerability and domination are ample subject matter for any stage.

Through a combination of intricate staging, choreography and animations, Teatrocinema fuses live art and cinema. If not for the technical spectacle alone, “Historia de Amor” should draw crowds. Presented in tandem with “Spring of Latino Art,” a celebration of Latino creativity in Chicago, this caliginous production is definitely something to catch during its very short run. (Jose Luis Benavides)