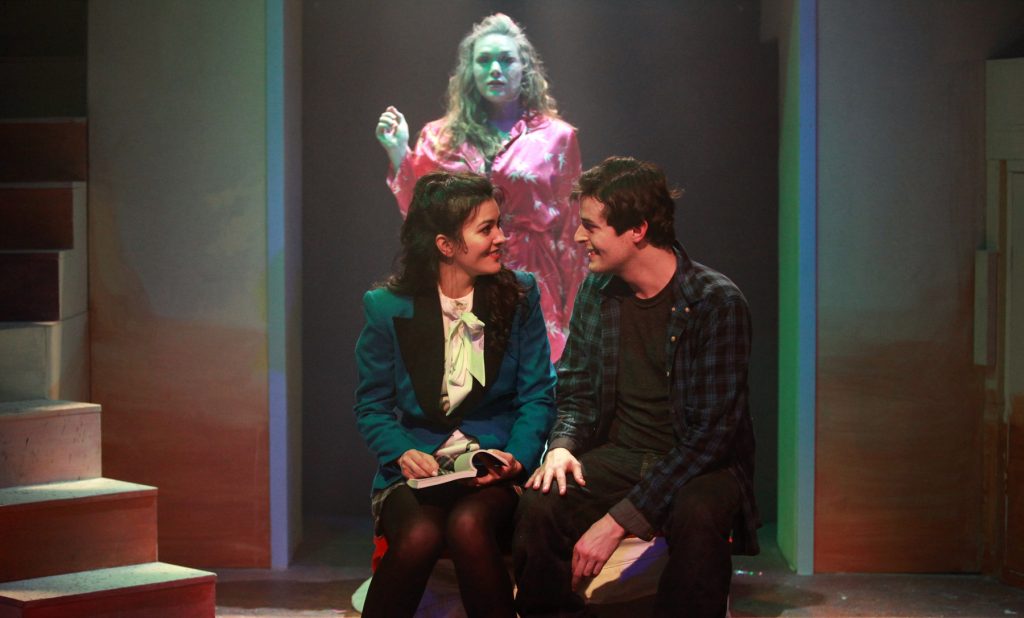 What do I remember about high school? Traversing hallways between class and hearing gossip that would transform into a miasma of rumors about you. The friends you have aren’t so much friends as fellow soldiers on the battlefield. Adults have this presumption: since so many people survived their teens, it was easy. Because adult life is hard, the nightmarish abyss between thirteen and eighteen must be easy.

As an adult with a few years under my belt, I’ll say it: high school was fucking hard.

“Heathers,” adapted from the 1989 film of the same name, is the proto-“Mean Girls” though far more grim in its rhetoric. At Westerberg High School, there’s you, everybody else and then the Heathers. The latter are the girls who avoided the jungle by creating a hierarchy atop which they reside, tearing down anybody with even an ounce of authenticity to them. Veronica (Courtney Mack) is the everygirl: she stands up to the cruelties and ends up as a non-Heather Heather.

And then the murders start.

In a post-Columbine world, “Heathers” deals with student violence, bombings and suicides in a largely unthought-of way: by being watchable. Death is carried with gravity but treated with levity. Watchability and entertainment are wholly undervalued as tools to engage audiences in discussion about real topics.

While musically much of the score is pretty standard, it’s funny nevertheless. The script is full of little giggle-inducing bits. Director James Beaudry and the cast refuse to let that happen. Instead they make the struggle real and hilarious.

Mack’s Veronica is scrappy and smart, a survivor of the school jungle. Jacquelyne Jones as Heather Chandler is vicious, twitching like a flesh-faced mannequin. The whole cast treats these characters with sensitivity. They never minimize the pain that they’re suffering despite how petty it may seem, even when adults say it’s not so bad.

It was. But it was bad for everybody and trying to reach out might have been the answer. (Jay Van Ort)