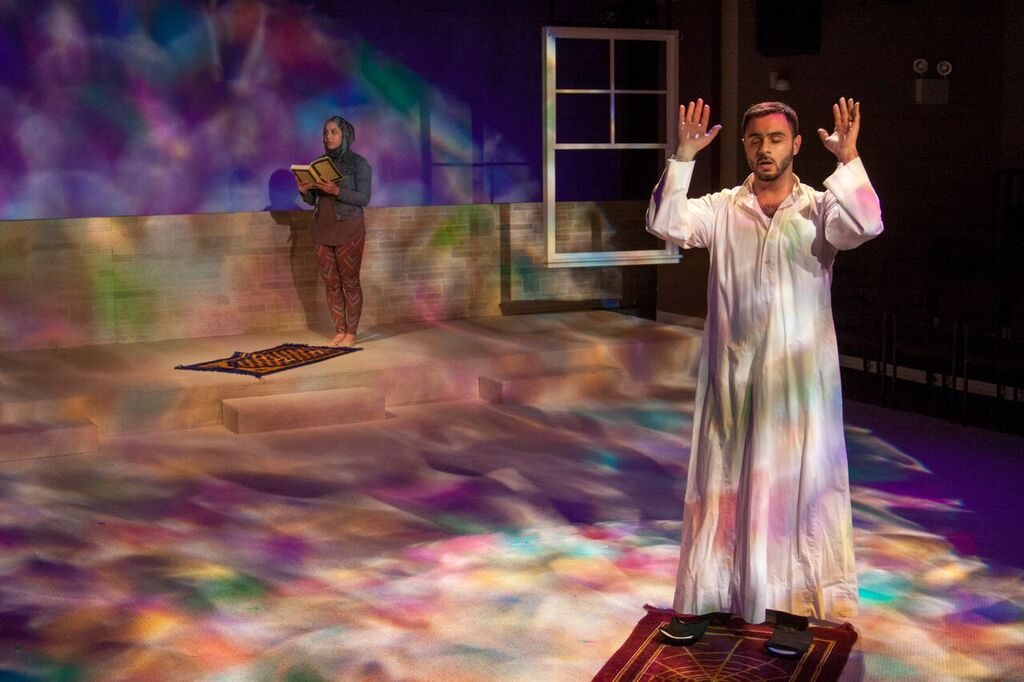 The central conflict of “Mosque Alert,” the opposition to a state-of-the-art mosque being built in Naperville, is timely: with the looming threat of a Trump presidency, hate seems to be the national currency. Silk Road Rising’s new work by Jamil Khoury (co-authored by a much larger, anonymous mass of people) understands the destructive power of hate. However, it often fails to communicate the healing, redemptive power of love.

Naperville’s local imam, Mostafa Khalil (Frank Sawa), has been developing these plans for years and, according to his wife, Aisha (Amy J. Carle), sucks up to the white folks in the neighborhood for the cause. In response to the mosque, a local bigot starts up a website called mosquealert.com.

While the territory is rife with drama and pertinent questions about the modernity of Islam and the nature of bigotry, “Mosque Alert” doesn’t examine any of these through a human lens. It becomes a didactic battle, every scene serving as either plot exposition disguised vaguely as casual conversation or an ideological war between mouthpieces for contemporary American citizens.

Normally, you trust the actors to fill in the blanks but no one in this cast seems to be very confident with the text much less what they’re doing on stage. Part of this could be the excess of everything: the script isn’t economical and the movement onstage seems to be divorced from a sense of reality or a decisive stroke of non-reality.

All this is unfortunate when the show moves toward being provocative. The climax of the first act is incredibly painful to watch and there are snippets here and there that make the audience feel at risk. Hate is easy to emulate. Understanding and compassion, not so much. “Mosque Alert” didn’t create a representation of empathy anywhere, which undermines the production and the audience.

That’s a shame because Silk Road Rising’s mission is so admirable and this show has its heart in the right place. Sadly a few of the arteries just aren’t working. (Jay Van Ort)