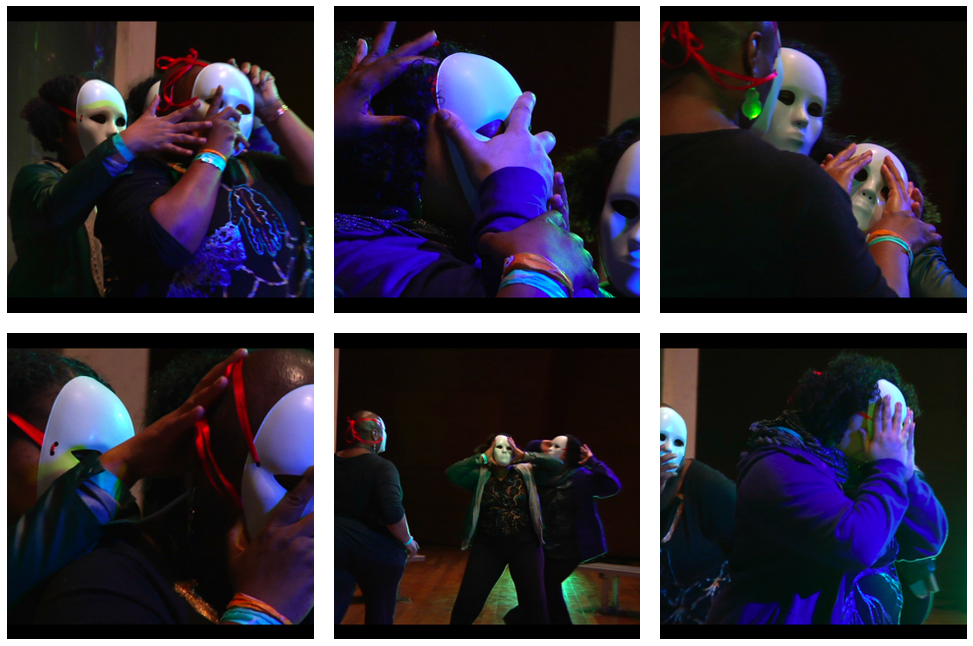 If you haven’t encountered the work of Felicia Holman, Aisha Josina Jean-Baptiste, Abra M. Johnson and Meida Teresa McNeal, collectively known as Honey Pot Performance, you need to get on it. And if you have, you’ll be excited about their upcoming “Ma(s)king Her” at the Pritzker Pavilion. Developing a folkloric dance-theatrical tale specifically intended to address the “absence of women of color in speculative fiction as empowered future beings and journeywomen,” the group has formed a collective of invented personas meant to represent African-American women in the abstract. It’s a project Honey Pot members have been working on since January 2015, when they began performing and recording their “Futurewomen: An Alternate Reality Series,” at the University of Chicago’s Arts Incubator for the Crossing Boundaries residency. Honey Pot used the Futurewomen project as both a stand-alone online mini-series (episodes viewable at weareopen.tv/open-tv-originals/futurewomen) and as a development platform for this upcoming Pritzker show.

Centrally concerned with the possibility of new imagined identities, the masks serve simultaneously to free the performers from their individual identities and to unify them as a whole, freeing them to assume the mythologized-sounding character roles of Isis, Peppa, Althea and Wonder. In doing so, Honey Pot’s work espouses shared concerns with current dialogues in feminist and Afrofuturist movements, and subsumes personal narratives to a “collective heroine who must adapt to oppressive environs and circumstances.” It’s in the struggle to claw back against tension outside of the self, to let go of any sense of self-worth, that Honey Pot promises to continue on in its consistent ability to shine. (Michael Workman)