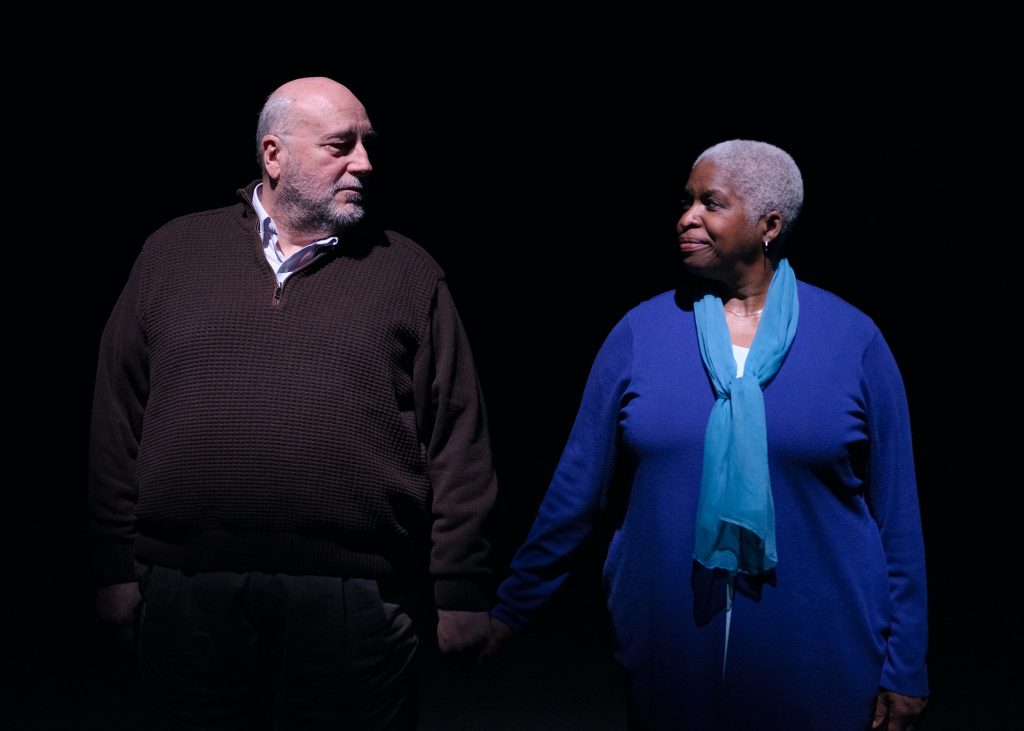 When you write and stage a play about famous people, you’re taking a big gamble. Your audiences will not only expect the usual strong storytelling of any good drama but also demand authenticity, a sense that the story’s characters are at least somewhat like their publicly perceived selves.

Nevertheless, writer Lucas Hnath rolls the dice with “Hillary and Clinton,” a play getting its world premiere at Victory Gardens. The story takes place in a parallel universe in the year 2008. In this universe, in a place called New Hampshire, a pantsuited woman named Hillary Clinton is running for president of the United States but slipping badly in the polls. Against her campaign manager’s suspiciously ardent opposition, Hillary holds her nose and enlists the help of her estranged husband Bill, a former president who’s still a political superstar despite public memories of his infidelity with an intern in the Oval Office.

The production frequently seeks to remake real life by redoing the storied couple. For example, it casts the African-American Cheryl Lynn Bruce as a compulsively unsmiling Hillary Clinton and the balding, bearded and bulbous John Apicella as a non-drawling, non-lip-biting Bill. Hnath gives both Hillary and Bill emotional characteristics not associated with the real people such as Bill’s almost infantile neediness for mothering.

So the play tries not to be about the Clintons—while being about the Clintons. The result of this creative but precarious dynamic can be jarring, as when Hillary decides, after losing just the first primary election in Iowa, to withdraw from the race in exchange for the vice presidency. Would any major candidate ever do such a thing so early without a compelling reason? More importantly, would someone as ambitious and savvy as Hillary Clinton ever choose that path? The move doesn’t seem politically or personally genuine.

But instead of doing a play about an entirely made-up political couple groping for power and fame, Hnath goes for the big time, the big names and the big gamble. Unfortunately, the dice come up snake eyes. (Michael Amedeo)