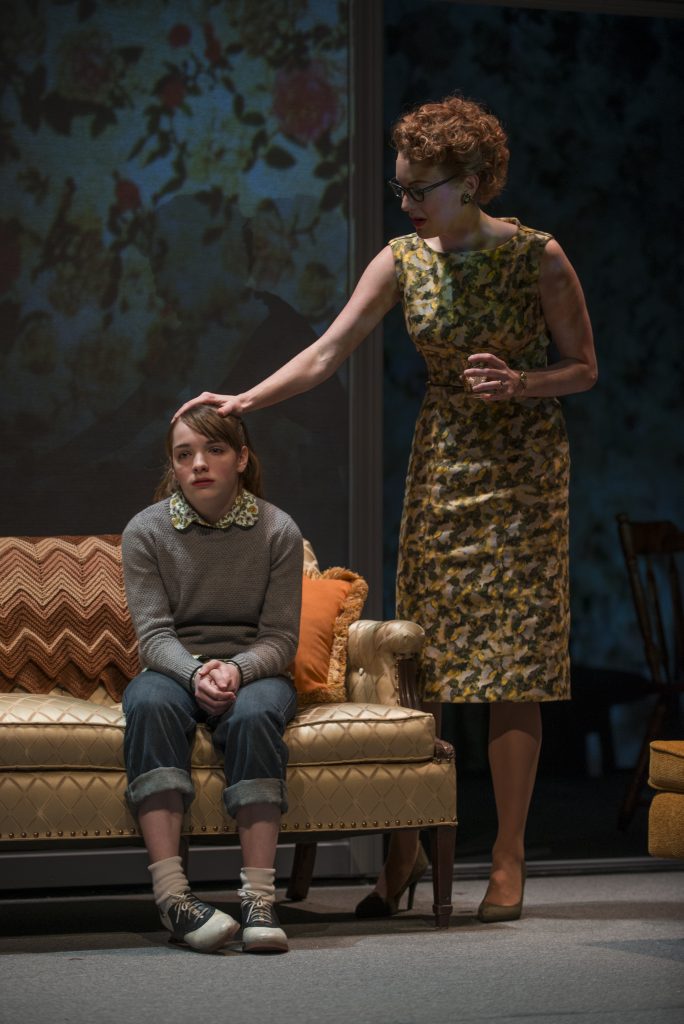 The quality that has solidified Tracy Letts’ reputation as a contemporary playwriting master is his unwillingness to be put into a literary box. From his debut play “Killer Joe” and the Tony Award-winning “August: Osage County” to his intimate slice of Uptown life in “Superior Donuts,” Letts’ body of work defies categorization. His newest play, “Mary Page Marlowe” in its world premiere at Steppenwolf, is no different.

It’s intriguing to travel through Mary Page’s memory. The play is highly reminiscent of those pensive moods we tend to fall into when something big happens, such as death or birthdays. Those moods where we try to make sense of this thing called life.

Director Anna D. Shapiro furthers this pensive feel with her absolutely beautiful scene transitions, where the other Marys harrowingly look at each other. These moments are greatly assisted by Todd Rosenthal’s scenic design as well as Marcus Doshi’s lighting and Sven Ortel’s production design.

Although Shapiro makes sure none of our time with the Marys is wasted, one of the drawbacks of the short concentrated periods of time is a feeling of incompletion at the end of the play. The question of identity that Mary Page Marlowe was asked in her forties remains unanswered at the play’s conclusion. But then again, maybe that’s the point: even as we approach the end of our lives, we are still trying to figure it out. (Loy Webb)