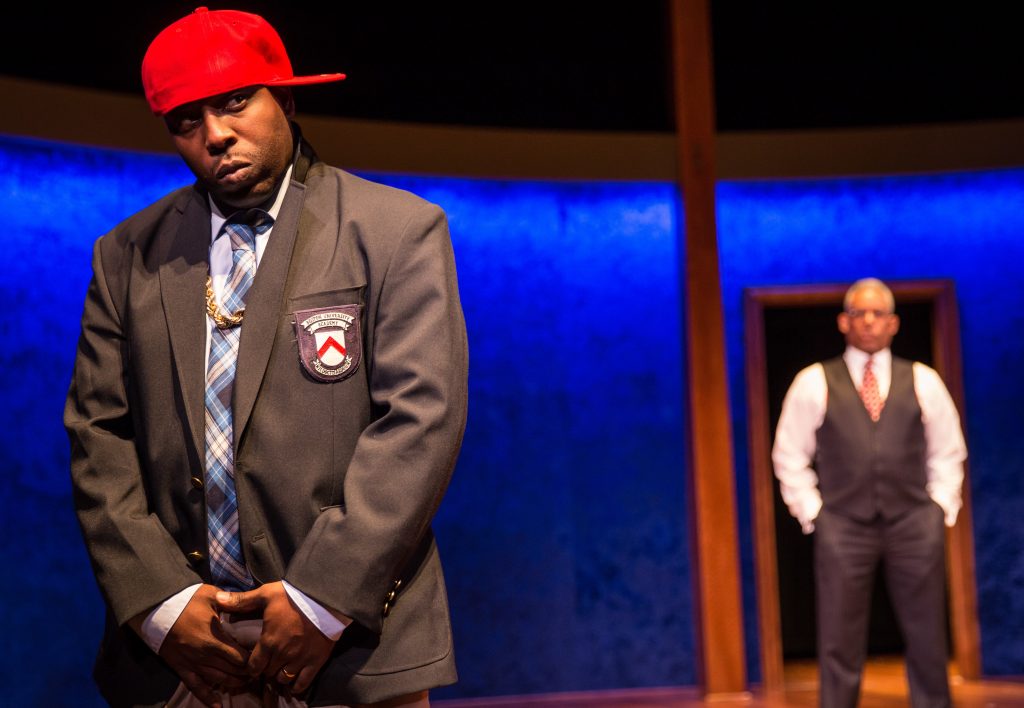 When we hear about a play being provocative we generally assume that any reactions it piques usually occur internally. Save for the occasional murmur of approval, the fourth wall mostly breaks itself. But not always. Such was the case during the opening of Thomas Bradshaw’s “Carlyle,” a play that has been groomed for success and arrives confident, eager and evidently incendiary.

During a particularly sensitive portion of the play, a member of the audience—who, as far as this reviewer could tell, was not one of the multiple audience plants—began yelling back at the actors. While the cast carried on professionally, you could feel the ruffling of a thousand feathers, a rippling effect that spread out across the audience and gave voice (literally) to the spirit of the proceedings.

This moment perfectly illustrates the Thomas Bradshaw experience, which falls squarely within the “warts and all” sector of art making. While “Carlyle” is indisputably provocative, it is also salient and satisfying in ways that other Bradshaw plays are not. Bradshaw himself admits to forgoing expositional preamble in favor of getting straight to the point. The results, at times, can be uncomfortably undramatic.

“Carlyle” embraces the playwright’s penchant for “moments” by staging its proceedings as a play-within-a-play, allowing the titular lead (played by the charismatic James Earl Jones II) to tell his own story. The framing device dovetails nicely with the play’s central argument that in making assumptions about the way black people vote we project onto an entire race a homogeneity that doesn’t correlate with reality.

At its best “Carlyle” offers a kind of double-edged, layered satire, as when our protagonist recreates the internal affairs of his hero Supreme Court Justice Clarence Thomas and Anita Hill, the scene which provoked the aforementioned disruption. Bradshaw takes his fair share of pot shots at easy targets (the Tribune, O’Hare, the Clintons) but many of the evening’s most memorable moments came from risky bits that fell somewhere in non-partisan no man’s land.

“Carlyle” stands at the center of two separate duels, fighting simultaneously for the honor and decimation of both sides. By fixing its sights on one target, it risks getting annihilated by the other. It is equal parts noble and arrogant, staggering in its equanimous disposition and certainty that it will still be standing after the dust settles.