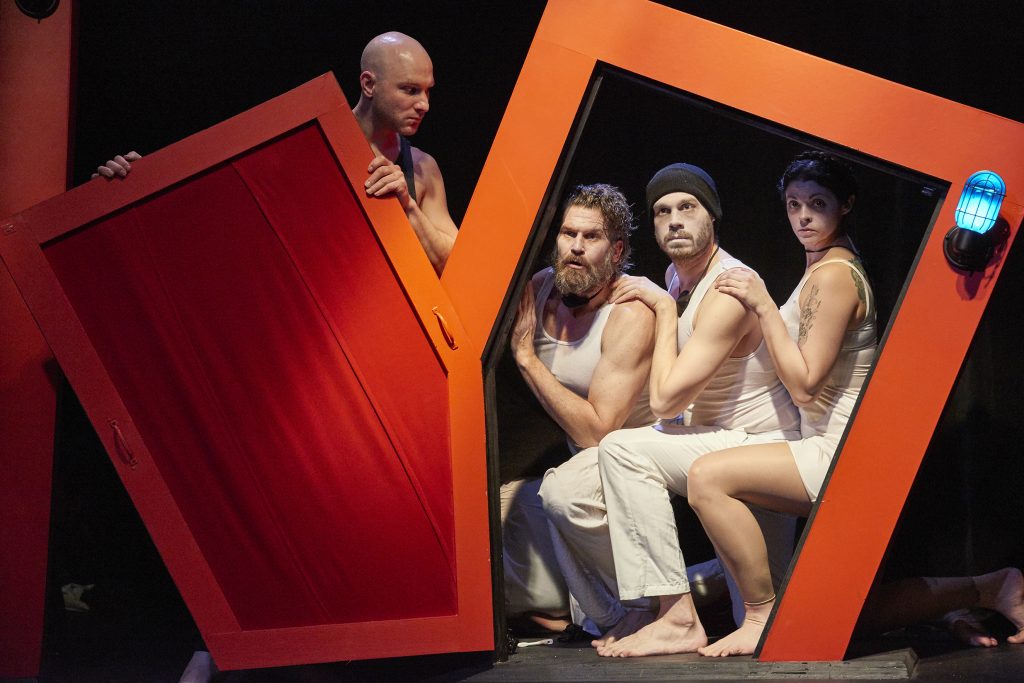 “How to Explain the History of Communism to Mental Patients” is a strange organism. Despite the clear artifice, with design inspired by propaganda and all movement disciplined and staccato, this machine is dreamily oppressive.


It’s 1953, moments before Stalin’s death. Famed Soviet writer Yuri Petrovski (Pavi Proczko) has been introduced to a mental asylum in the hopes that his short stories about the history of communism will inspire the patients out of their ailments and encourage them to integrate back into the clockwork of Soviet society. Packed into the room at the end, Yuri writes.

There’s tremendous difficulty in describing what happens next. Yuri discovers the secret battleground of the asylum including the inmate bettors, the subversives hiding inside the open zone. As we move through the story, things lose their sense of reality. Or maybe we are simply not yet privy to the language that the asylum speaks. The strange hierarchies that preside over the asylum are opaque and often impossible to deconstruct.

Playwright Matei Visniec, a political dissident banned from the stage in Romania and offered safety in France as a political refugee, doesn’t deal with simple answers here. Though this piece satirizes Soviet Russia and the mindless passions of its advocates, eventually it seems to lose all sense of politic. Even as Yuri’s identity becomes lost deep in the hallucinatory landscape, Visniec’s goal ceases to be rhetorical.

The choice is interesting. By simply stating a viewpoint and then presenting a series of precise images, Zoltan Balaz’s direction gives us individual agency. The audience is forced to compose these images into a semblance of story or argument which is an act akin to unwinding a Cat’s Cradle.

The performers here deliver. Every movement is powerful and attentive. Even in the halting, you see the potential twitching in their fibers.

Marx was worried that spectacle would overtake reason. Trap Door says: Why not both? (Jay Van Ort)