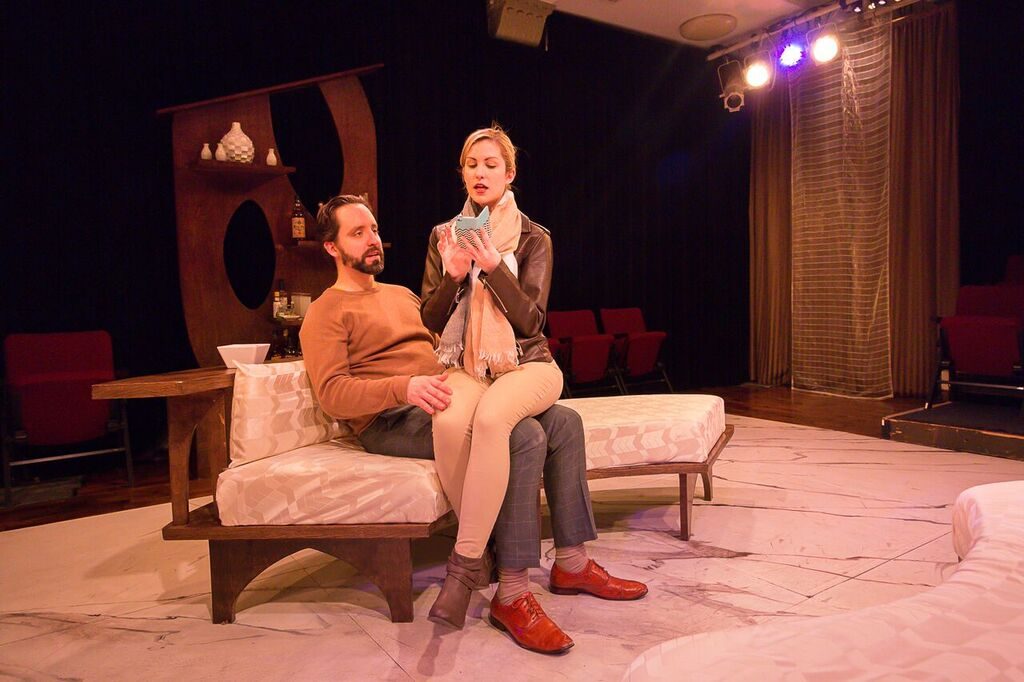 As a cultural critique, much of the spark that made “The Misanthrope” work in the seventeenth century is extinguished. This is partly because Martin Crimp’s decision to emigrate Molière’s French aristocracy to a British paparazzi-level glamour circle, while visually appealing, doesn’t offer much meat apart from some light humor. After all, celebrity culture is already a farce. Does that necessitate restating?

Alceste (Ben Muller) is the titular misanthrope: a high-society playwright who’s rejected the social politics of his elite class in favor of saying what he thinks when he’s thinking it. Despite his pretensions and disgust for superficiality, he falls in love with Jennifer (Callie Stephens) an actress with a tendency for gossip and ass-kissing. Antics ensue.

Here, though, those antics seem unenergized.

Everybody here is moving purposelessly and drifting aimlessly. Having the luxury to do this induces a molasses-rich atmosphere that puts all the dramatic weight on the sharp language, composed in its entirety as rhyming couplets.

The idea of textual form tends to be forgotten in contemporary theater. Forms like this are designed as a rule, a stricture that turns the play into a game. Once the audience understands the rules, we see how the actors can play under those circumstances. This is where engaging performances of classic drama come from: language bursting from the seams while the actors attempt to survive in the new world order.

But the text seems like a strain on most of these actors. They are too inhibited to run at the wall. Many of them are constricted into the same sardonic sphere as Alceste, making a black hole of energy and sardonic, slow wit. The accents don’t help too much either.

There were high points. Ellen (Christina Jones) and John (Kurt Proepper) have wonderful chemistry when they’re sparkling across the hotel together. Meanwhile, Stephens plays her double-face well.

Rhyming is hard. But in a barely-two-act play, they could’ve picked the tempo up and made it more fun as well. (Jay Van Ort)