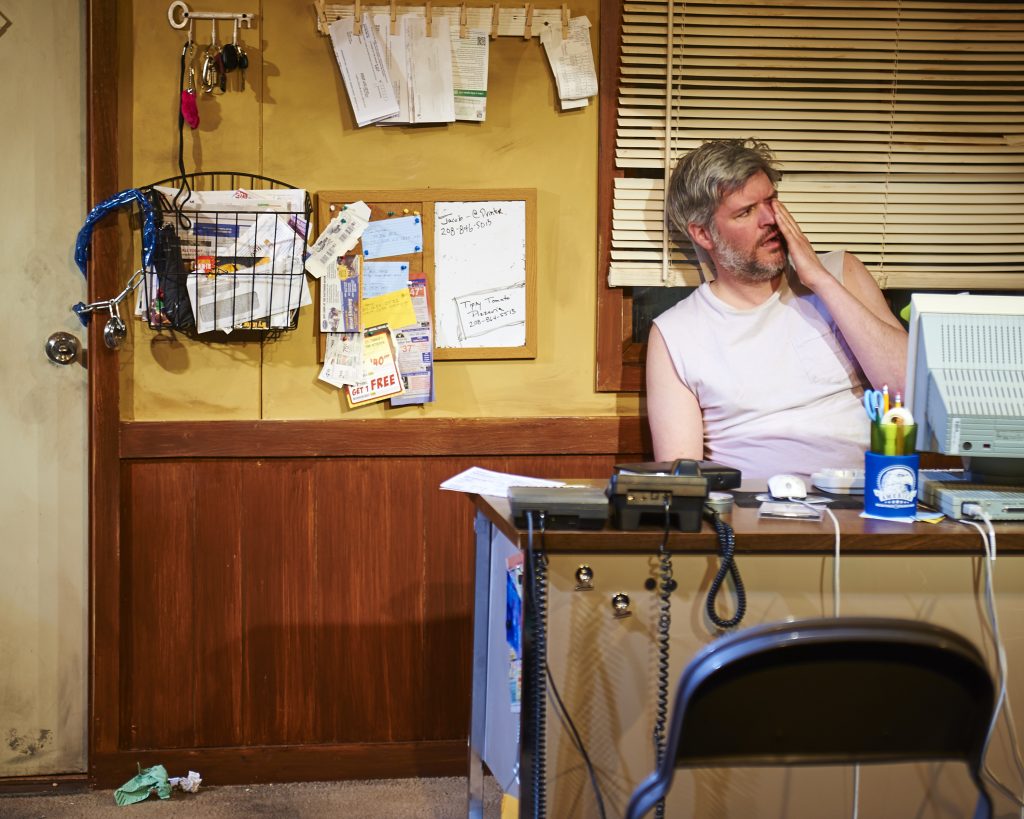 Samuel D. Hunter has established himself as one of the great chroniclers of the heartland. He locates bountiful riches in the endless stretches of untamed earth and splotches of modern commercialism, infusing both with poetic longing. “The Few” is unhinged from a specific location. Its characters occupy a trailer on a dirt road, past an interstate, two miles south of a gas station. For all its emphasis on geography, “The Few” might as well take place at the end of the world.


It is at this lonely outpost on the frontier of the modern age that a drama of minor proportion takes place between a disillusioned writer (Peter Moore), the girlfriend he abandoned four years earlier (Dana Black) and a teenager (Travis Coe) who fills the role of their surrogate offspring. Hunter teases resolution between these three before ultimately offering salvation instead. It’s a kind gesture though not necessarily one his characters deserve.

While Hunter’s play does not always do enough, director Brad Akin keeps his cast occupied. An intentionally clunky and claustrophobic set (Lauren Nigri) does not inhibit the expressive movement of bodies. Akin is a gifted director who clearly thinks a great deal about how people actually behave. His style, which prizes authenticity, is well suited for Hunter’s anticlimactic love story.

Those on the boards are familiar in multiple senses. Travis Coe reprises his eager sidekick role from last season’s “Martyr,” while Dana Black’s QZ is essentially Valerie from “Rolling” if ambition had not led her to the top (and later the bottom) of her profession.

I do not mean this as a dig. What these two actors do, they do exceedingly well. Coe’s squirrelly neuroticism and Black’s pitch-black deadpan are well suited to Hunter’s milieu. Meanwhile, the chameleonic Moore is predictable only in the sense that his performances never fail to surprise.

For its riches of acting and directing, this play still comes up short. Hunter spends a bit too much time trying to convince us of what we are not privy to. These are shitty people by admission rather than action. Groping for the stars, “The Few” trips on the pavement. (Kevin Greene)