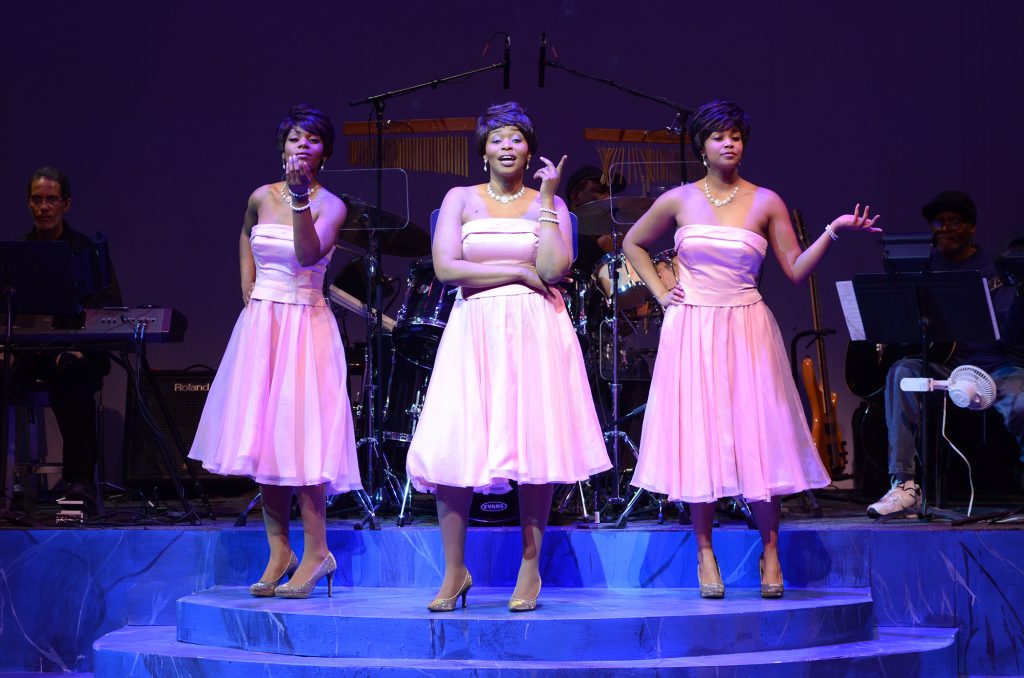 Our memory can have a mind of its own. For example, our remembrance of things past sometimes involves things that never happened or—at the least—didn’t really happen the way we “recall” them. The past gets away from us and can be hard to recapture.

This idea of the independence and elusiveness of memory becomes an issue in the Black Ensemble Theater musical “Don’t Make Me Over.” It’s a spirited homage to Dionne Warwick, one of the greatest female vocalists of all time. She has been performing for more than fifty years but her golden period came in the sixties and seventies when she gave voice to a music often described as “sophisticated pop,” an oddly satisfying mix of soft rock, light jazz and subtle bossa nova usually penned by composer Burt Bacharach and lyricist Hal David. Warwick brought a light, airy and somewhat exotic tremolo to their songs and her beautifully unique sound helped define that diverse era of music. “Don’t Make Me Over” gets the facts straight about Warwick’s life; the problem is that its memory of her music conjures up a different Dionne.

The host, Miss Divine (Alexis J. Rogers), and her three Dionnes (Kylah Frye, Renelle Nicole and Rose Marie Simmons) perform some of Warwick’s most popular numbers including  “I Say a Little Prayer,” “I’ll Never Fall in Love Again” and “Do You Know the Way to San Jose?” but, most of the renditions sound strangely top-of-the-voice and almost brassy with an exuberance of percussion that her music never had. While the performances are rousing and highly entertaining, they don’t evoke Dionne Warwick and her delicate brand of pop as much as they do Aretha Franklin. The lusty sound of Aretha would be welcome—in an Aretha tribute. But what ever happened to the show’s remembrance of Dionne?

What happened is that the production didn’t follow the advice of its title, “Don’t Make Me Over,” which was also the name of Warwick’s first single. The tribute rethinks and remakes Dionne Warwick and we’re not exactly sure why. Could a headstrong memory have run away with this show? (Michael Amedeo)