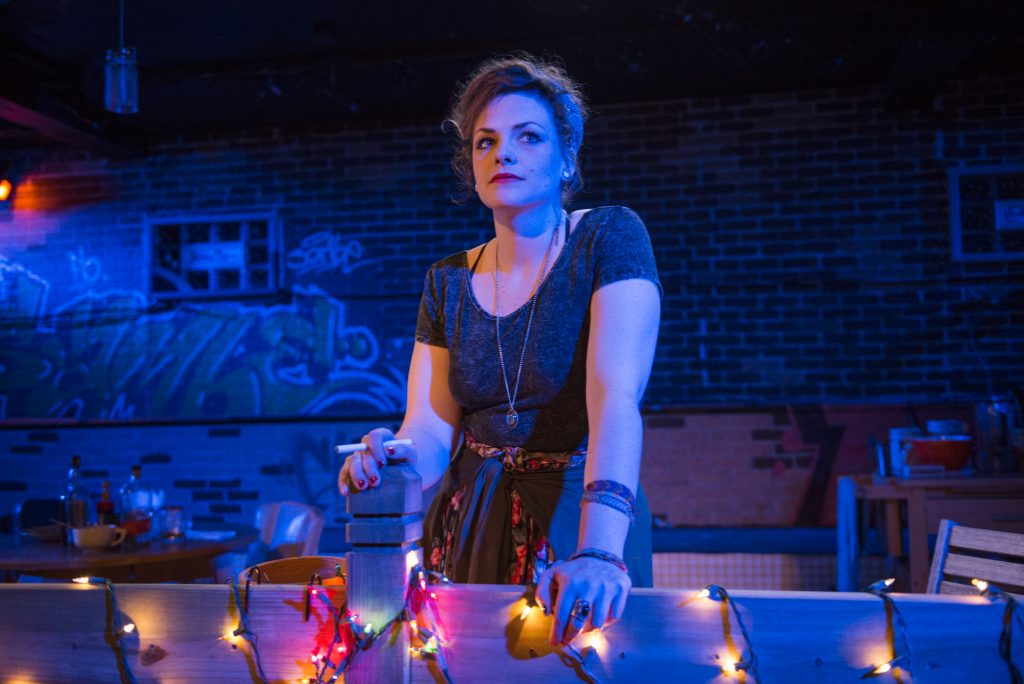 Currently receiving its world premiere at A Red Orchid, Ike Holter’s “Sender” scrapes the bottom of the millennial barrel for inspiration. What it dredges up is grody and a shade despicable. Selfish, indulgent, vampiric and tragically hip, his characters certainly deserve each other. And yet, if the play’s second half is any indication, Holter and company have real affection for this collection of heedless deadbeats.

“Sender” follows the emotional and social fallout that occurs when Lynx (Steve Haggard), a young man whose morality falls somewhere between Peter Pan and Tom Sawyer, returns to the world of the living a year after faking his own death. His presence goads a variety of reactions and sparks, intentionally or not, of the downfall of his perennially stunted best friend, Jordan (Steven Wilson).

Holter’s play concerns itself with what it means to act like an adult with a hard emphasis on the acting part. While Haggard and Mary Williamson (who plays Lynx’s indulgently mournful girlfriend) are able to go beyond their characters’ cartoonish origins, Wilson and McKenzie Chinn (as Jordan’s long-suffering fiancée) remain caricatures of young adulthood. Chinn delivers her lines with rote, Meisner-like lack of emphasis, working in deliberate opposition to her characters’ uptight energy. And while Wilson’s Jordan is the closest thing we have to unapologetic commentary on hipster indulgences, the play’s tendency to exaggerate dilutes the strength of its critiques.

Between the sitcom tone and Shade Murray’s deliberately stagey direction, Holter’s signature zingers are not given the space they need to solidly strike. Suffering is transfused through irony and anxiety is muted by affectation. What could have been a bare-knuckle boxing match feels, at times, more like a listless pillow fight. While there are plenty of laughs at the expense of time-sensitive topics, when it comes to the business of getting the audience to care about these characters “Sender,” like its slacker milieu, clocks out early without fulfilling all its responsibilities.

As a mostly even-handed insight into a permanently maligned subculture, “Sender” nevertheless seems conflicted about how to portray its subjects. If this play is meant to be a form of redemption for the Wicker Park crowd, it needs to do more than simply present the grime as it is. It needs to scrape it away and show what’s growing—or decaying—underneath. (Kevin Greene)