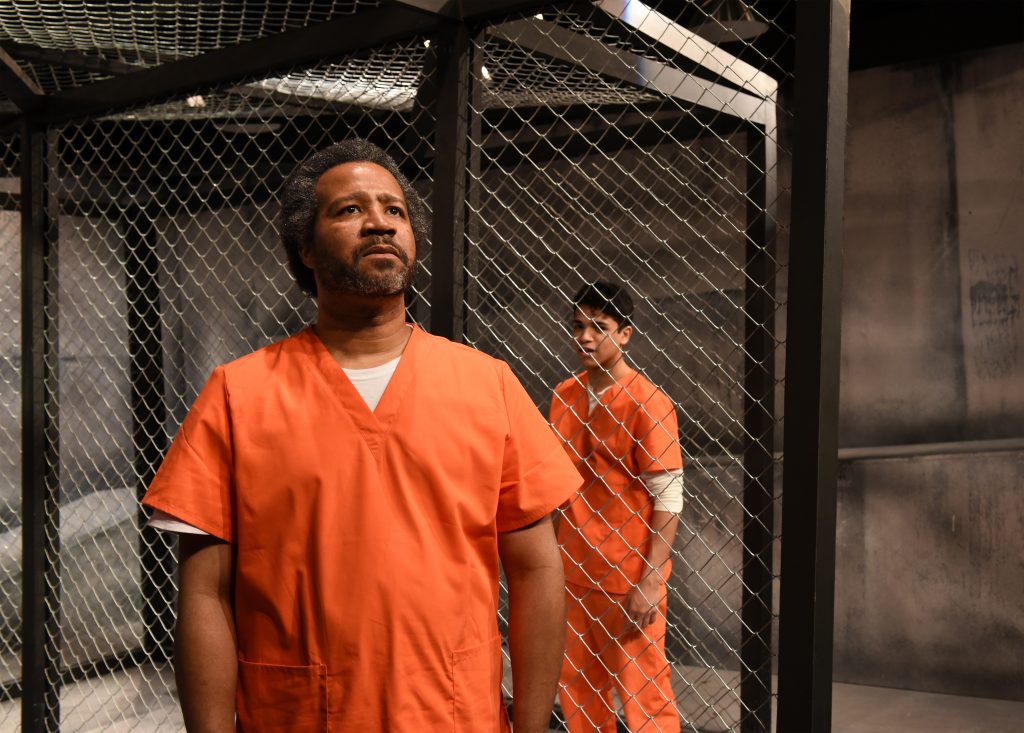 Winner of the 2015 Pulitzer Prize for Drama, Stephen Adly Guirgis got his break in 2000 with “Jesus Hopped the ‘A’ Train,” a play that in 2016 feels distressingly timeless. Part investigation of our broken criminal justice system, part examination of the corruptive influence of Judeo-Christian morality, “Jesus Hopped the ‘A’ Train” is a promising start to Eclipse Theatre’s 2016 season.

Known for their dedication to playwrights, Eclipse doesn’t skimp when it comes to the artistic resources they throw behind a production. From Kevin Scott’s expressionistic set to Kathy Logelin’s careful dialect coaching (under her guidance “Florida” becomes “Flah-re-da”), “Jesus Hopped the ‘A’ Train” has a no-expense-spared attitude toward production values that increases the overall dramatic experience.

Guirgis’ play is built on alternating razor-sharp monologues and incendiary dialog. His control of language, specifically the poetry of the streets and the coldblooded vernacular of the courts, is masterful. His religious rhetoric is equally potent and his play pushes the laws of man and the will of God into direct conflict. In “Jesus Hopped the ‘A’ Train” there is no middle ground; there are only opposing sides.

This five-person play asks a good deal of its actors, especially its pair of inmates, and for the most part they deliver. D’Wayne Taylor gives a highly physical performance as the serial murderer Lucius; he does more on stage in two hours than most of us get through in a week at the gym. As the ambitious attorney getting her mojo back, Elizabeth Birnkrant is confident and cool on the outside while she boils underneath.

As Angel, Johnathan Nieves is convincing at high volumes but loses a bit of focus in more reflective moments. The monologue from which the play takes its name was a low point in an otherwise thrillingly paced drama. “Jesus Hopped the ‘A’ Train” bristles with anger, fear and inescapable sadness. It explores the space between what can be done and what should be done. It is as vital now as it was at the turn of the millennium. (Kevin Greene)