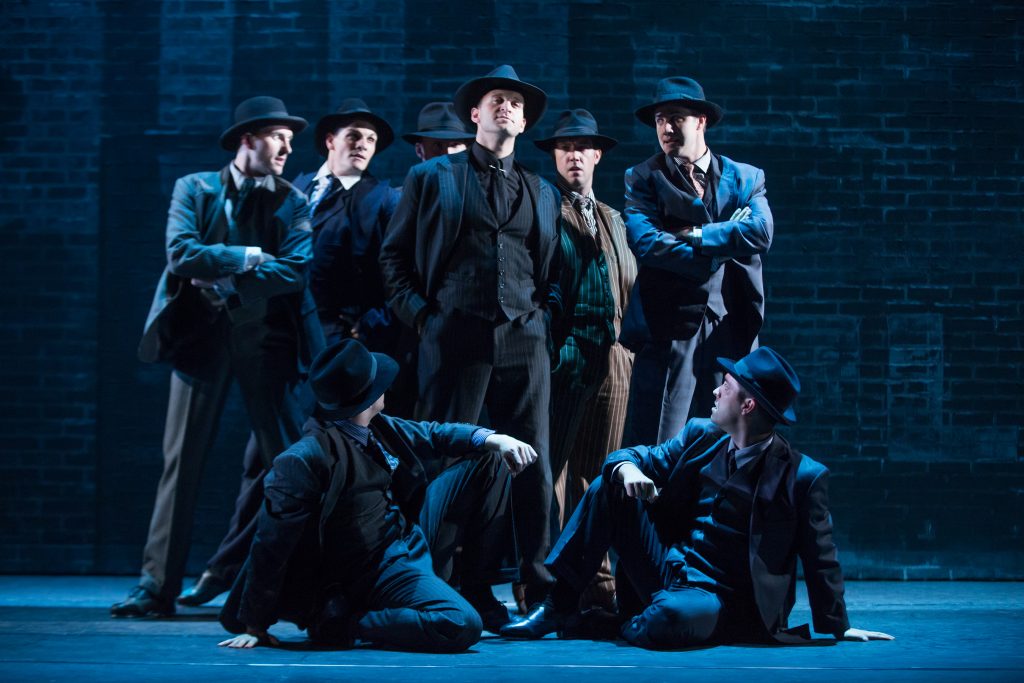 The musical version of Woody Allen and Douglas McGrath’s 1994 film of the same name has lots of good things going for it. This first national tour has an incredibly talented cast, great choreography and strong production elements—from costumes to set design.

Set in New York City during Prohibition, David Shayne (Michael Williams), an up-and-coming writer, longs to have his new play put up. Julian Marx (Rick Grossman), a producer with ties to the mob, finds the funds to make that happen—at a cost. Shayne has to let the mob boss’ talentless girlfriend, Olive Neal (Jemma Jane), have a part in the show.

Hannah Rose DeFlumeri (Ellen) steals the show as far as the female characters are concerned. She has a great voice and makes Ellen an interesting character to watch. On the male side, Jeffrey Brooks (Cheech) is charismatic and has the role of tough guy with an artistic side down pat. The best dance number of the show is one with Brooks singing lead vocals. “T’ain’t Nobody’s Bizness If I Do” is a tap number that is non-stop motion and Brooks and the ensemble nail it.

However, the music itself isn’t very original. Songs from the period were inserted into the show with some changes to the lyrics. While they work for the most part, something original to replace the ending song (“Yes! We Have No Bananas”) would have helped the show.

It’s not the best thing I’ve seen all year, but it’s funny and worth checking out. (Mary Kroeck)