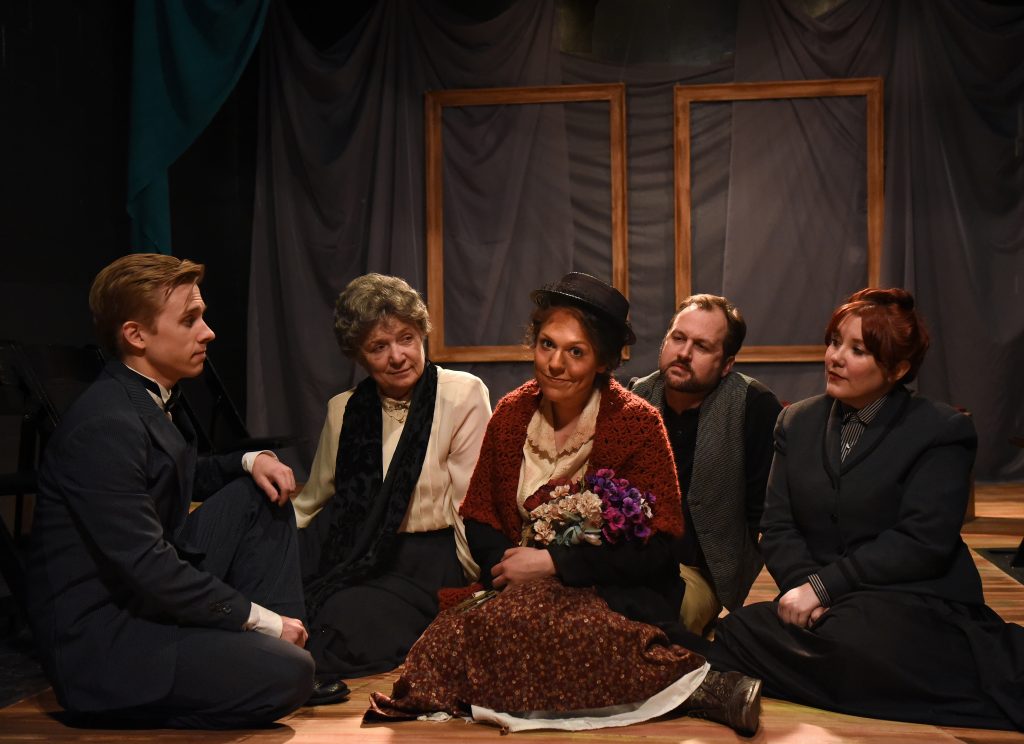 Last Friday night I went to see Shaw’s 1914 towering tragic-comic masterpiece presented in a “black box” theater on the fourth floor of a warehouse. Experience told me that “Pygmalion” would not open with real rain and a crowd of onlookers. I knew the play would be cut—not to ribbons, I hoped.

The play is a beast. It demands the highest powers of classical acting. It demands exquisite casting, subtle character-accents, faultless elocution and artful management of stage business. Huge temptations to point-making and speechifying must be resisted. The actors and the director must trust the audience’s patience for a dangerously long time. The actor who plays Higgins must act so as to be loathed by the audience for being a haughty, domineering, superior, insensitive class snob—but underneath, somehow a likable human being—for the first four acts.

About Higgins, I disagree with Nate White, who plays Higgins, and Nathan Robbel, the director. White and Robbel take Shaw’s summary of Higgins’ character in act two and run with it to the point of caricature. Shaw says Higgins is “of the energetic, scientific type, heartily, even violently interested in everything that can be studied as a scientific subject. He is… a very impetuous baby ‘taking notice’ eagerly and loudly.”

Astoundingly, White read Shaw’s observations as a literal guide to Higgins’ whole manner and character. He fixed a manic smile on his face, laughed uproariously at every speech of his fellow actors, rushed about frantically, yelled his lines and mopped his brow, ears and hair like a common navvy.

Where was the self-possessed, cool, well-dressed, intellectual man of the world that is ninety percent of the real Higgins? The polished charmer who could talk and argue the heads off the most intelligent persons?

Robbel miscast at least half of the principals. The actor playing Doolittle was twenty-five years too young. Ditto for Pickering. Eliza: ten years too old. Robbel and White clearly admire George Bernard Shaw. They should have asked: Is “Pygmalion” worthy of the staging, sets, casting and respect for every word that a classic demands? (Bill Sweetland)