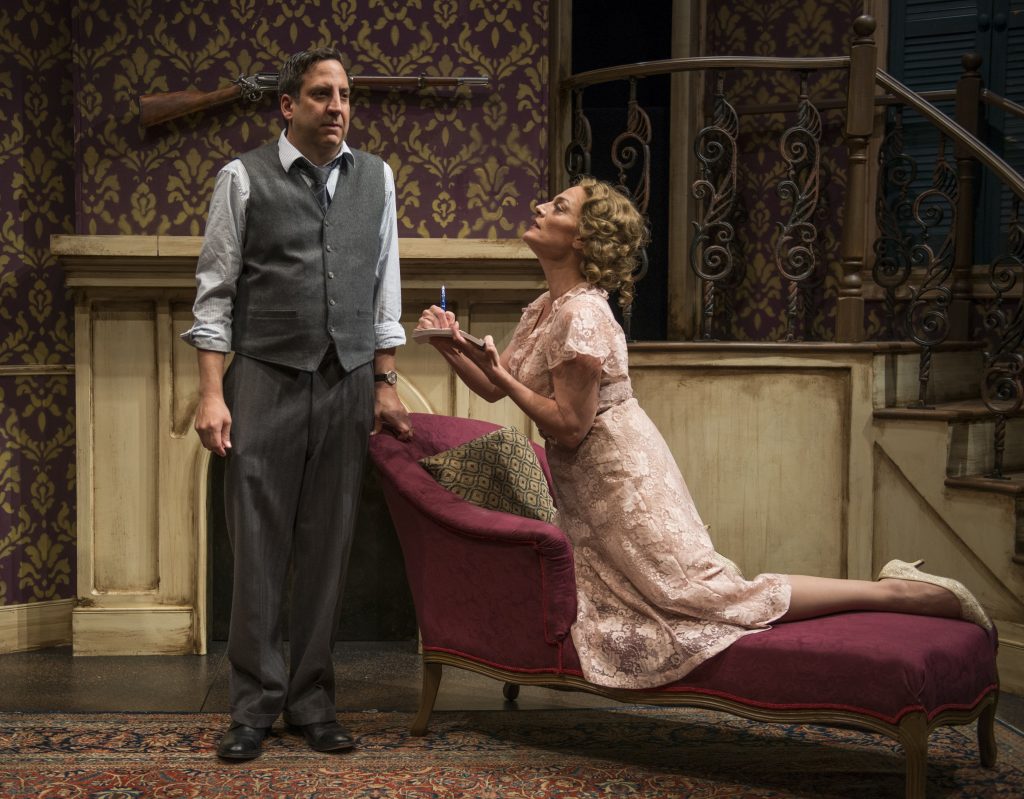 What do you get when you take the dramatic sensibilities of Writers Theatre and mix it up with the comedic instincts of The Second City? The answer is a slick, funny and refreshingly silly mashup of epic proportions. Beginning with the Stage Manager from “Our Town” (Sean Fortunato, who puts the “folk” in folksy) through the still sweaty and rage-filled Stanley Kowalski (Michael Perez), this production has enough command of detail to be appreciated by theater buffs and enough laughs to satisfy everyone else.

Created by Tim Ryder and Tim Sniffen (and written by Sniffen), the production reunites Stanley with his pesky sister-in-law Blanche Dubois (Jennifer Engstrom). Having recently escaped from the asylum he pushed her into, Blanche is a faded beauty who “drinks turpentine and sleeps with strangers.” Joining them is the forlorn salesman Willy Loman (Marc Grapey) and the boozy as well as the bickering George (John Hoogenakker) and Martha (Karen Janes Woditsch). Together this mismatched crew go bowling, flirt with one another and gain a little bit of insight into their twisted lives. Meanwhile, their lives are being narrated by a Stage Manager who describes the action as being just like “Million Dollar Quartet” but without any of the singing or the joy.

Co-directors Stuart Carden and Michael Halberstam effortlessly skirt the line between reverence and parody. It’s a delicate balancing act, as a sudden lurch to either side would leave the play either too serious to be funny or too silly to be recognizable. The pacing is well done and at seventy minutes the play feels complete without any one joke being run into the ground. You do not have to be overly familiar with or even have seen all the productions parodied here to be entertained. This play might even motivate you to buy tickets to the next local high-school production of “Our Town.” (Noel Schecter)