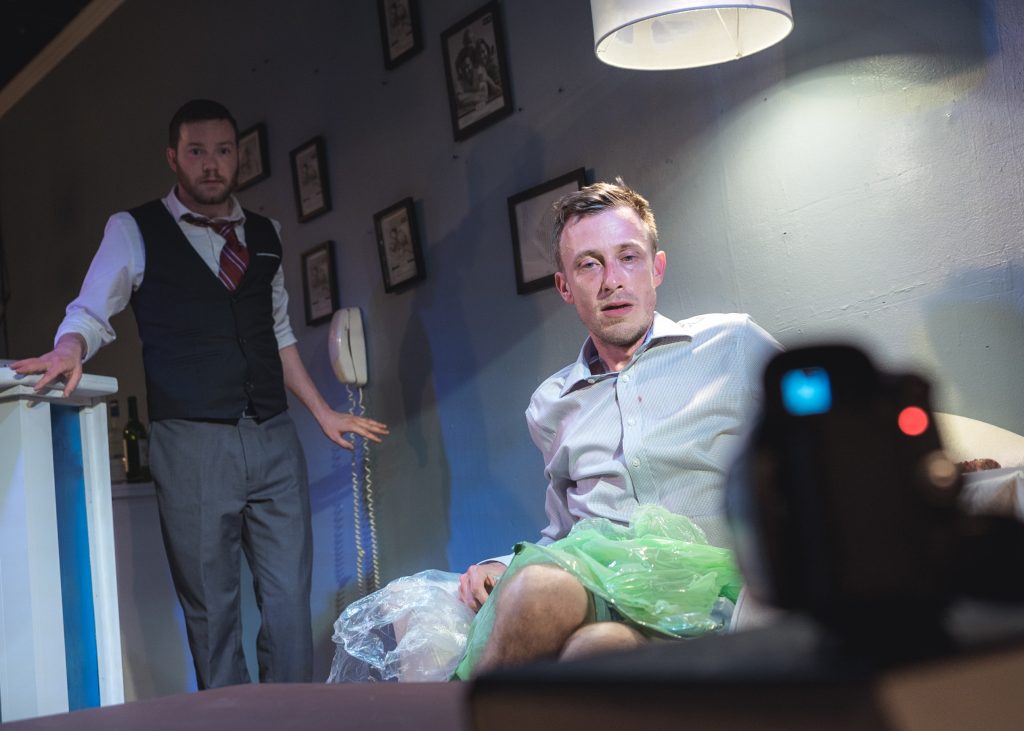 While watching “Taste” you won’t know whether to laugh or cringe. In other dramatic circumstances this might be considered a virtue. However in Red Theater’s production, Benjamin Brand’s stilted and speechy play consistently falls somewhere between awkward drama or poorly timed comedy.

The second half of Brand’s play does its best to rescue the first. The latter is little more than blatant character exposition, a vehicle for the playwright to exalt his world views, some of which are simply inane. “It is better to have a few close friends than many acquaintances,” Terry (Gage Wallace) tells Vic (Kevin V. Smith) with absolute seriousness. The second half establishes an actual dynamic between these two men, which nevertheless feels thin and underdeveloped at the conclusion of the play’s ninety minutes.

Throughout most of the play, Smith writhes in a mix of pleasure and disgust though he never gets much opportunity to truly express himself. His return to Terry at the play’s conclusion is inexplicable. If the meat of their relationship (pardon the pun) occurs offstage and well before the action of the play begins, we need a better sense of what draws these two together beyond their shared obsession with a deeply taboo fetish.

“It’s not just realism. It’s real.” Wallace intones at the play’s midpoint. This might well be considered the production’s mission statement, which it adheres to by forcing the audience into close quarters. Yet the play’s more clinical aspects (the longing for touch, the strict obligations to rules of grammar) may have been better served by distancing the audience from the action and giving them the option to look away rather than forcing them to confront a series of otherwise gratuitously gross acts. (Kevin Greene)