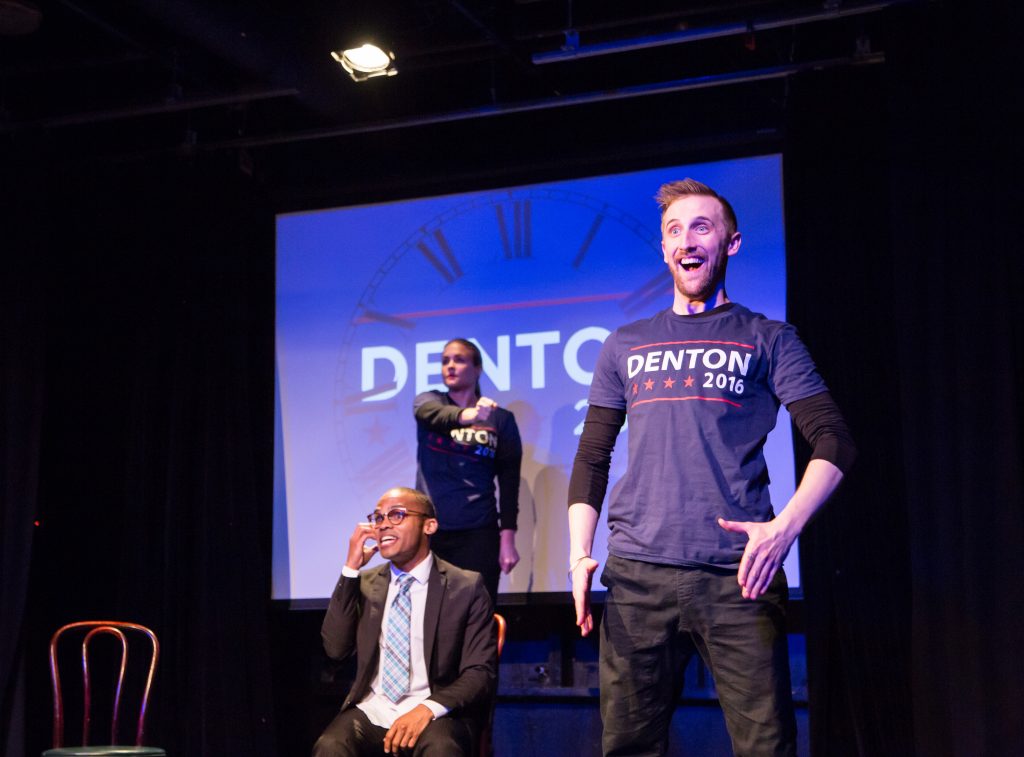 This election cycle is showing how irretrievably broken the two-party system is. There are candidates on both sides that no one is particularly enthused about, yet we are bullied by propaganda into choosing the lesser of two evils. It’s a choice without really being a choice. In their latest production, “This Great Nation, Much Enduring,” Chicago Slam Works fights through the story of Senator Thomas Denton in order to show a situation in which Americans might have an actual choice beyond the ones prescribed by their parties.

I have had the pleasure of seeing two Chicago Slam Works productions in their inaugural season (“Redlined” and “Have A Great Summer”). Both were poignant, cohesive examinations of Chicago through poetry and movement.

With “This Great Nation, Much Enduring,” director J.W. Basilo takes things further by adding a central character for us to follow. While I appreciate Basilo and the team of writers for pushing their artistry forward and expanding the ways they tell stories, this new method takes away from the usual cohesiveness of Chicago Slam Works’ pieces.

Senator Denton (Felix Mayes), a small-town man who has virtually no shot at winning the 2016 presidency, refuses to quit the race. It’s the primary in Dullish county and he hopes he can gain some momentum in the place of his birth.

Senator Denton’s journey from having virtually no shot at winning the presidency to being a strong third choice in his home county seems rushed and not fully flushed out. The poetry here feels contrived and awkwardly placed.

Chicago Slam Works is a brave company that isn’t afraid to tackle big topics like forgotten veterans, gentrification, the broken political system and the hope for future change. With that said, I am not advocating for the old model of their storytelling. I only hope that the ensemble figures out how to cohesively integrate the two. Figuring it out will only illuminate their brave voices further. (Loy Webb)