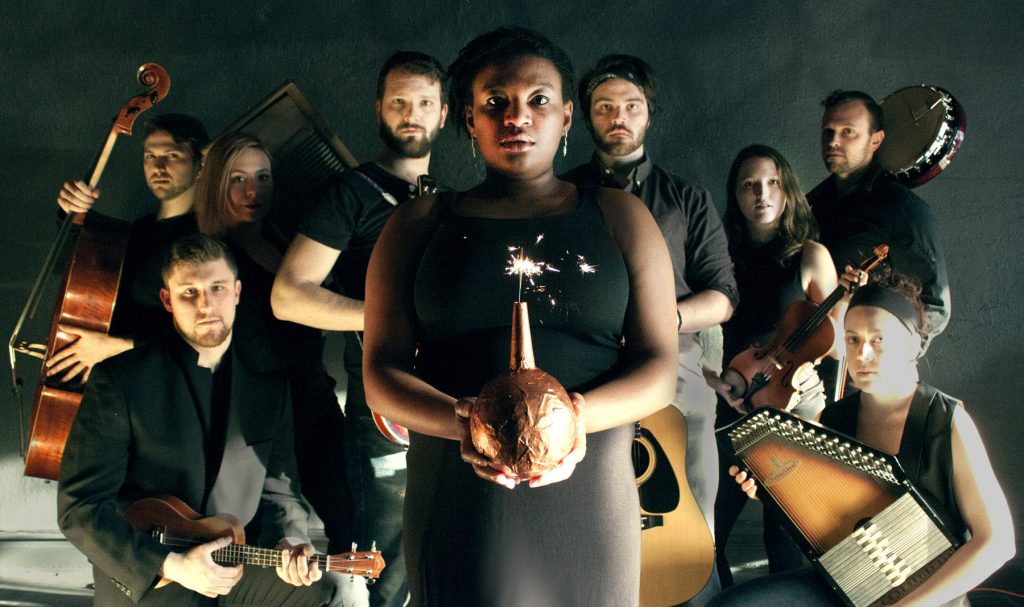 The Haymarket affair remains not just a defining moment in Chicago history but also a contested and ambiguous one.

The basic facts are well-established: at the end of a labor protest on May 4, 1886, a dynamite bomb was thrown, killing seven police officers and an unknown number of workers. Later, eight “anarchists,” several of whom had not even been present at the protest, were found guilty by a kangaroo court not for what they had done but for what they believed. Three of the defendants were sentenced to prison and eventually pardoned. Four were hanged and one died in his cell, possibly at the hands of police. Seven of the eight were immigrants, six from Germany and another from England. The sole native Haymarket martyr was Albert Parsons, a Southerner and one-time Confederate soldier who underwent a change of heart, married a woman of color (Lucy Parsons, herself a celebrated radical) and became a revolutionary labor organizer during the Gilded Age, a time of starvation wages for many and unimaginable riches for few.

It’s the meaning and implications of these facts that are still fought over. For this reason, the May Day commemoration of the Haymarket tragedy is the major labor holiday everywhere but here, where the memory is still considered a little too hot to handle even 130 years later.

Which is all a way of saying that Underscore Theatre’s new musical treatment of the incidents surrounding Haymarket is an artistic event of genuine significance. It’s not the first Haymarket play—local theater artist/musician Warren Leming produced his memorable “Cold Chicago: A Haymarket Fable” at Crosscurrents back in the 1980s—but “Haymarket: The Anarchist’s Songbook” is the first to present the story in twenty-first-century terms, highlighting its relevance to an age all too familiar with systemic police abuses, immigrant bashing as campaign platform, extreme economic inequality and the conformity-inducing discourse of terrorism and counterterrorism.

“Since 2011, I’ve had the idea of doing a show that explores the idea of riots,” says Alex Higgin-Houser, the musical’s lyricist and librettist. “But it was in 2014 that I first put pen to paper on this project, right in the middle of the Ferguson [Missouri] protests. There are a lot of parallels.”

His collaborator is composer David Kornfeld, Higgin-Houser’s Carleton College classmate. The two have worked together since 2008, creating such musical works as “Liberal Arts: The Musical,” “Borderlands” and “Prone.” “Haymarket,” which will be presented in the brand-spanking-new Edge Theater on Broadway, is the most musically and intellectually ambitious of their joint labors.

“We’re giving the artists the means of musical production,” says Kornfeld, with a grin. His folk-inflected score, inspired by the music of the time, is accompanied by the performers themselves, who trade instruments and improvise in true anarchist style.

The show is structured around the figure of Lucy Parsons, who witnessed the Haymarket events and their aftermath. She never remarried after the execution of her husband, remaining dedicated both to his memory and to the anti-capitalist politics they shared. Lucy Parsons died in a Chicago house fire in 1942, still very much on the radar of the CPD red squad.

“It’s a history play that takes place in three times: 1886, the year of Haymarket; 1942, when Lucy died; and 2016, the inescapable present,” says Higgin-Houser. “But it’s not just a history lesson. It’s also a lesson in humanity, a love story and tale of friendship between men.”

Director Elizabeth Margolius describes the production as “an attempt to live in the realm of memory,” with many of the stage images based upon iconic photos and artwork of the time. “It’s one mammoth set that’s really the attic of Lucy’s mind,” says Margolius. The production will oscillate between objective and subjective. The trial itself will be presented as a circus complete with a clown judge and a magician prosecutor.

The goal, according to Kornfeld, is to produce a show that’s neither dry museum piece nor spectacle. “We’re putting something living and breathing on stage, capturing the events of Haymarket in such a way that [the audience] can’t help but notice the historical resonance.”

The idea of producing a class-war musical may sound a bit Mel Brooksian. But judging from our conversation, there’s a thoughtfulness and respectfulness behind the project that transcends questions of taste and genre.

“We’re transplants to Chicago,” says Higgin-Houser. “We chose this theme because we wanted to learn about and explore this city. I’d like ‘Haymarket’ to reopen conversation about something that was swept under the rug from the moment it happened. I want people to recognize Haymarket’s true importance and repercussions and to feel the kind of danger that’s still alive in the event.”