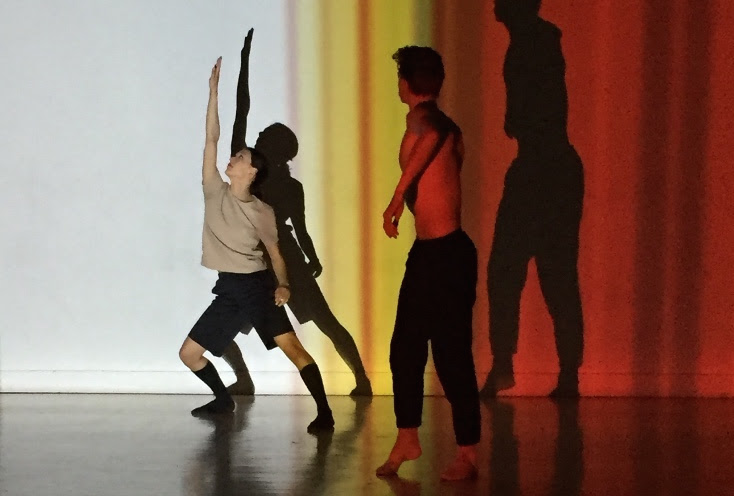 Coming off of more than a decade of dancing with Hubbard Street, and several years with River North Dance, Robyn Mineko Williams landed a spot in this publication’s Top Fifty Players in Chicago for her work as an independent choreographer. And this month, she premieres “UNDER(cover) Episode 002,” developed last May during a residency stint at the Baryshnikov Arts Center. Williams caught the national eye in 2014 as one of Dance Magazine’s dancers to watch and her Links Hall debut, set to open in late May, is the second installment of her site-specific program.

Coming from a fascination with the process of “revealing,” Mineko Williams staged the first iteration of “UNDER(cover)” in a black box theater with a single projection square resembling a video screen, moving in and out of the illuminated field to syncopated music, with projections then squared on the dancer’s bodies—a feat meant to approximate the psychological layering of interactions of self and environment. It was also the first instance in her career in which she worked with graphic designer JT Williams, who has served as a major sounding board and primary collaborator in developing the work, as well as continuing her longtime collaborations with Chicago composer Robert F. Haynes and Tony Lazzara of local band Verger. The work should translate well to the Links stage from the concept developed in the cozy spaces of the Baryshnikov, given its dependence on the intimacy and immediacy of the black-box format, and provide audiences with the proximity to actually make out details both in dancers’ faces and in the smaller projection works that are critical for the various media of the performance. Rigorous, athletic and engaging, Williams looks to continue her boundary-pushing streak, with “Episode 002” danced by Zach Enquist, Elliot Hammans and Adrienne Lipson. (Michael Workman)