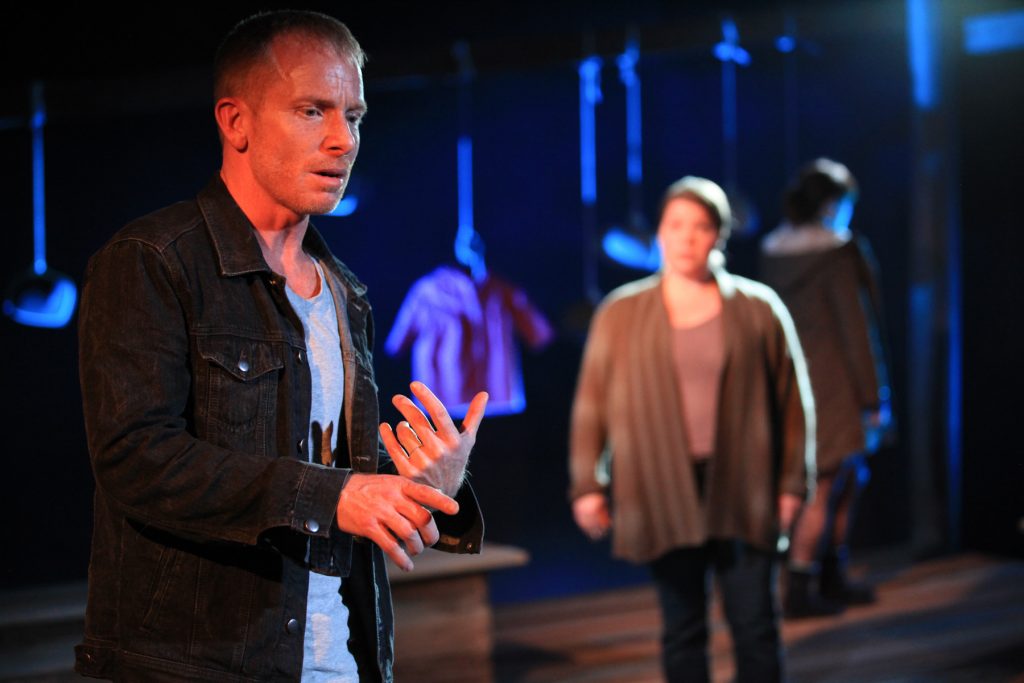 The classical poets and dramatists knew that love compels the most heinous acts: infatuation led to the transformation of innocent maidens into laurel trees, river rushes and weeping heifers; Oedipus’ filial devotion drove him from Corinth to the events at Thebes; and you can say whatever you want about Jason, but everyone knows that his horror had most to do with what Medea could do to her own children.

In our time, when actions have been moderated to mirror the mundanity of modern life, these acts of terror rarely probe such exalted heights. Instead, as Deirdre Kinahan’s new play “Spinning” illustrates, our minor passions result in far more modest miseries, whether it is cruelly telling fibs to a bereaved mother about her deceased daughter, anxiously withholding custody of a beloved child from her bereft father, or obsessively haunting the playground where your estranged kid frolics hungrily, because her workaholic mother cannot remember to pack her lunch.

Set in a seaside town of no import, “Spinning” focuses on the conflict that motivates all the canonical works of Western literature: the otherwise unremarkable repentance of a middle-aged white man. Conor (Dan Waller), newly released from prison, has returned, like a salmon spawning, to the place where he once fleetingly embodied an idyllic life of traditional monogamous bliss with his wife Jen (Carolyn Kruse) and their daughter Kate. This town is also the home of Susan (Jodi Kingsley), a doughty café owner, who has raised her daughter Annie (Tyler Meredith) with all the grit and care that can be achieved in circumstances that are never kind to the earnest few who merely want to live and love undisturbed by the misfortunes of an uncompassionate world.

The action unfolds on a striking set by Grant Sabin, bare wood planks made to look like the deck of a ship or a well-designed raft, from which rocks and a few other objects are suspended with twine, presenting a landscape both beautiful and askew, controlled and filled with contradiction. Though the Irish accents are unevenly and distractingly deployed, the actors, under the direction of Joanie Schultz, nobly execute their parts. (Irene Hsiao)