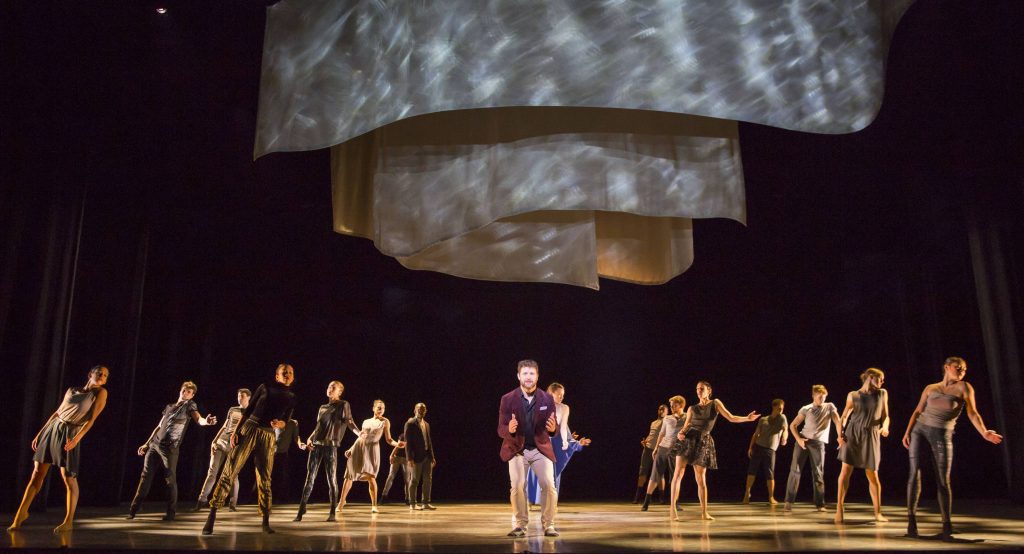 When audiences packed the Harris Theater seats to see the premiere of “The Art of Falling” two years ago, no one knew what to expect, including the performers on stage. The show, which returns to the Harris June 9-19, is a collaboration between The Second City and Hubbard Street Dance—two internationally renowned Chicago-based performance companies working in very different circles. Tim Mason, one of the writers of “Falling,” said he had never seen a dance performance before (“ballet, anything”), but when Second City was considering proposing the project to Hubbard Street as a followup to “The Second City Guide to the Opera,” he attended a performance of Hubbard Street’s “1,000 Little Pieces” and not only was sold on the idea, but felt he had to write himself into the script. “I’m the worst person to put in a dance show, I can’t dance at all. But I knew I’d regret not performing in this. The massiveness of the stage picture was incredible.” (We meet Mason’s character on an airplane—a clever way to eliminate a lot of choreographic options. More clever is the choreography Hubbard Street creates within those restrictions.)

“Guide to the Opera” was a spoof—an affectionate jab at what most folks consider a pretty stuffy art form—but from the beginning “The Art of Falling” was intended to be different. “We didn’t want to take the piss out of it,” Mason says. “It’s too easy to be cynical about something you don’t see the beauty in. They’re so naked up there—they’re so naked—it was humbling to go to those shows. Making fun of that didn’t interest me or the other writers.” The concept for “Falling” was not a comedic take on dance nor dance interludes inserted into a play musical-theater-style, but a hybrid of the arts at which both companies excel: humorous, thoughtful, loosely interweaving plotlines with dance driving the action. Second City had no desire to mock contemporary dance, but neither is the show a pointed attempt to evangelize audiences or make dance more accessible (though hopefully some audience cross-pollination was a side effect); it’s an interweaving of theatrical elements that don’t normally commix into a cohesive and harmonious tapestry. 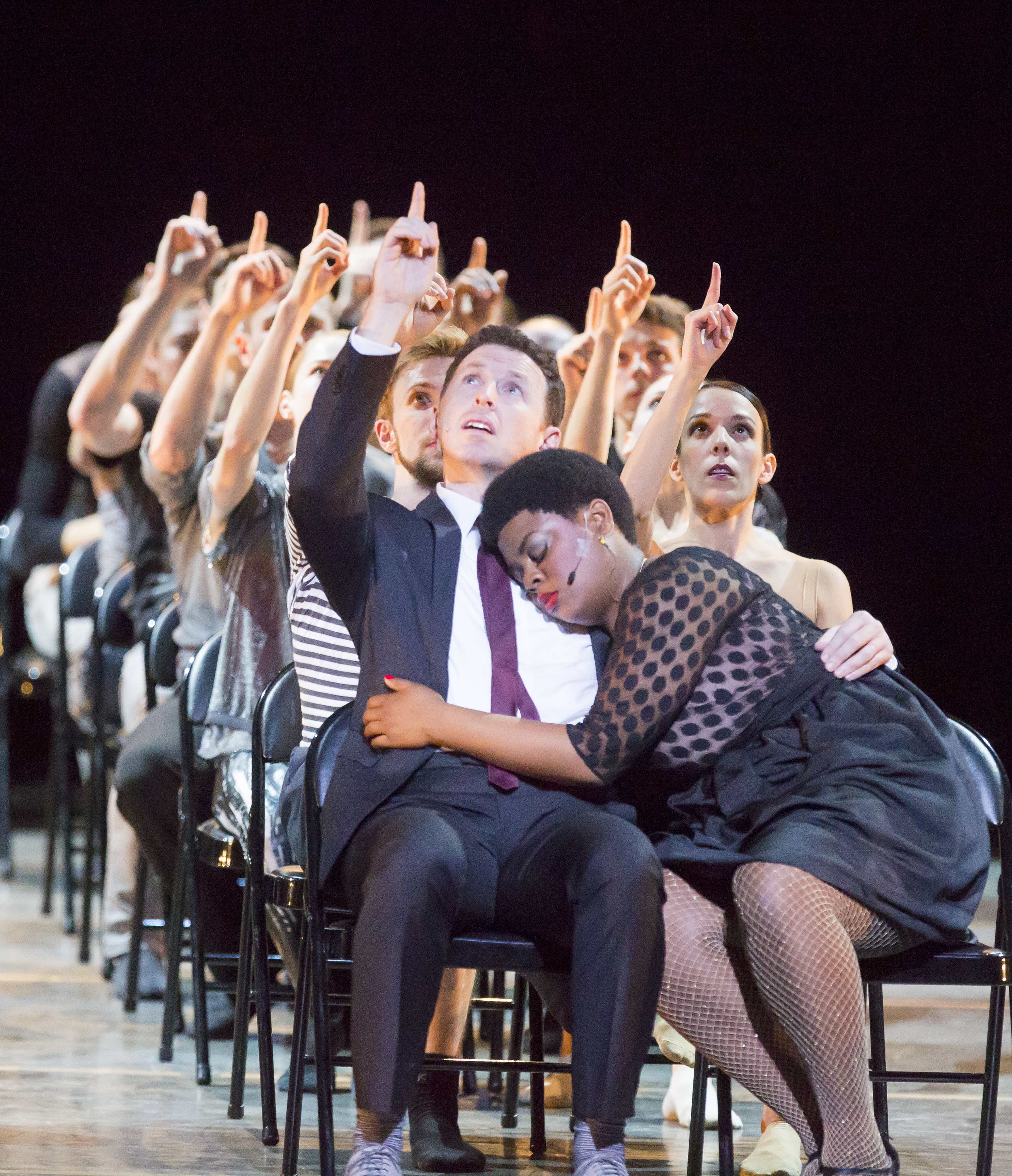 As it turned out, by throwing away unspoken rules about what does or does not happen in a dance show and what does or does not happen in a comedy show, a universe of possibilities unfolded. Video projection, live music, improvisatory audience interaction, scripted dialogue and dance blend into one of the most gratifying, all-out entertaining evening-length shows that is, at its core, truly unlike any stage musical or text-heavy dance performance that’s come before. “I still can’t explain the show to people who haven’t seen it,” Mason says. Dancers received voice and improv training and actors learned movement techniques to iron out the seams. Hubbard Street dancer David Schultz said one of his favorite improvisatory exercises involved dancers translating the inner world of a character into movement (a really lovely example of this happens at a family Thanksgiving dinner scene). The experimental atmosphere and creative freedom of the project allowed for happy accidents. Schultz shattered his ankle during rehearsals; unable to dance, he brought his accordion to the studio and a new dimension of the show took shape. “Suddenly they had ideas to put me in here or there,” and again Schultz was, like the forty-plus dancers and six actors in the show, moving between multiple studios that housed simultaneous rehearsals of scenes that would ultimately get woven together into a single performance. Director Billy Bungeroth bounced from room to room, watching work by the five writers, five choreographers and musical director and giving feedback—the only one with an inkling of how it would all come together.

The three plot lines of “Falling” have common themes of love, trust and vulnerability, and the creation of the show was itself a trust fall: comedians and dancers at the top of their game getting together to do something deeply uncomfortable, risking failure on a truly epic scale. The result was packed houses, prolonged standing ovations and another run of “Falling” this year with four added performances. “I was shocked at how well it was received,” Mason says. “I would not have been surprised if people said ‘well, they tried.’” Schultz heard the same from Hubbard Street audiences. “I don’t think people realized how poignant it would be.” When “Art of Falling” traveled to L.A., it received the same enthusiastic audience response and rave reviews. A plunge into trust, experimentation and potential failure are behind every new creation; Hubbard Street and Second City looked down from a very great height and stuck the landing.