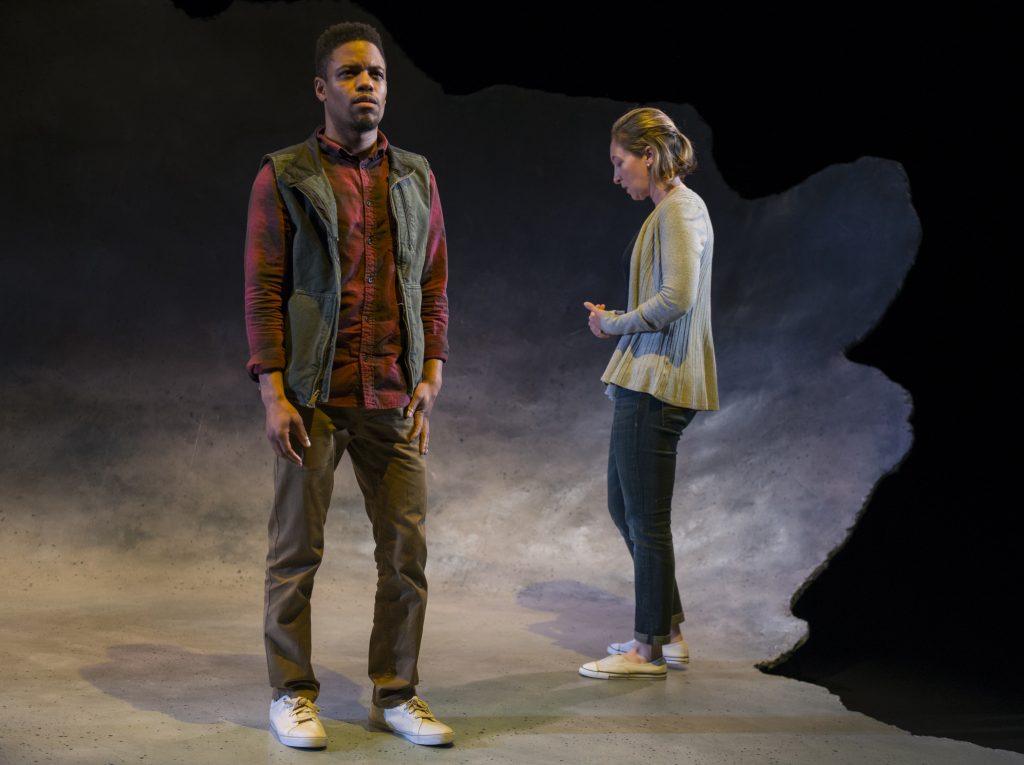 The incredibly nuanced and carefully calculated “Constellations” sets an example of pure craftsmanship in the art of writing, directing and acting. The use of scenery, space and lighting contributes to the evocative and profound production.

Storywise, it starts off simply: A boy and a girl meet at a barbecue. Roland (Steppenwolf ensemble member Jon Michael Hill, who you may also know from CBS-TV’s “Elementary”) is a beekeeper and Marianne (Jessie Fisher, from “Once” on Broadway) is a theoretical physicist. Over the course of several scenes, we see Roland and Marianne meet in various ways, setting up the format of the play. In some instances they pursue a relationship, in others their interaction ends as a one-night stand. Though the lines stay relatively the same, the lighting, space between them, intonations and inflections of their speech and body language each ebb and flow.

Though this methodology could have quickly turned contrite, the staging and instruction of Steppenwolf artistic producer and director Jonathan Berry allows for each scene to seamlessly flow into the next. Hill and Fisher’s micro reactions, both physical and vocal, keep the audience captivated. British playwright Nick Payne’s dialogue is witty, memorable and never misses a beat.

The highlight of the performance was the interaction with space. Not only does the distance between the actors greatly contribute to the feeling of each scene, but the choice to set the actors in a neutral-colored, cosmos-esque, oyster-cloud stage allows for the audience to fill in each setting as it changes. It was almost magical how quickly each scene was able to adapt to whatever place it was in.

Surrounding the stage were strings configured and divided into many directions, resembling either constellations, brain synapses or particles. Perhaps they’re one and the same and maybe that is how the audience can understand the potential outcomes and paths that can come from one interaction. (Danielle Levsky)