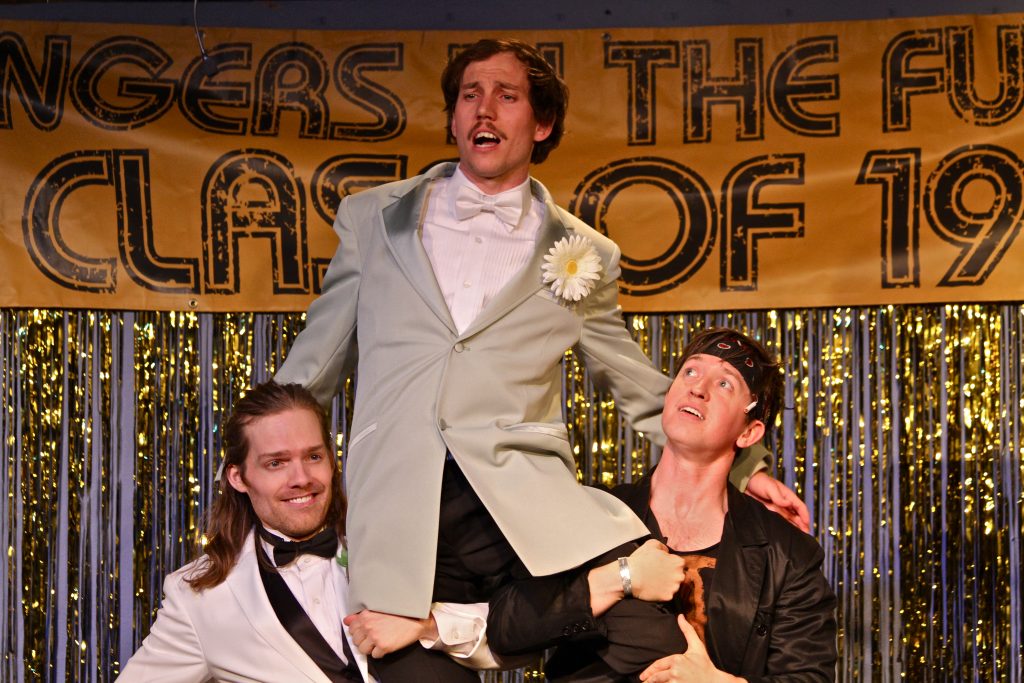 For the youngest generation, the eighties offers a different kind of nostalgia than that of their parents who were in their teens and early twenties when John Hughes was doing his best work. Still, a ubiquitous fascination with eighties pop culture is ever present thanks to its heartwarming abilities. Though “The Power of Prom” delivers on references to the era’s music, films, television programs and everyday goings-on, this satirical tribute falls short of mimicking the decades’ feel-good atmosphere.

Written by Ed Furman, Pat Reidy and TJ Shanoff with revised lyrics by Lisa McQueen and Jeff Poindexter set to popular eighties pop songs, this musical comedy centers around a Molly Ringwald-esque newcomer Alley (Erin Rein), the “poor virgin from the wrong side of town,” who moves to a typical suburban high school that is preparing for its senior prom. Along the way, she meets every Hughesian archetype including Chad the Jock (Jeff Blim), Muffy the Queen Bee (Molly Miller), the Spaz (Tim Lamphier) and others.

Unfortunately, the script relies too heavily on mocking one liners. Forced, lackluster performances dominate throughout. Though the rewritten tunes offer a chuckle here and there, they do little to push “The Power of Prom” beyond an elementary level of comedy.

Blim delivers a great and convincing performance as a troubled popular kid, complete with a stellar monologue about how his dad forces him to continue attending jazzercise classes. Rein has a wide range and sings beautifully though, on a technical note, it was often hard to hear her due to a faulty microphone setup.

Spoofs and satires of the eighties have been done time and time again. “The Power of Prom” offers few original glimpses of a decade past. (Danielle Levsky)