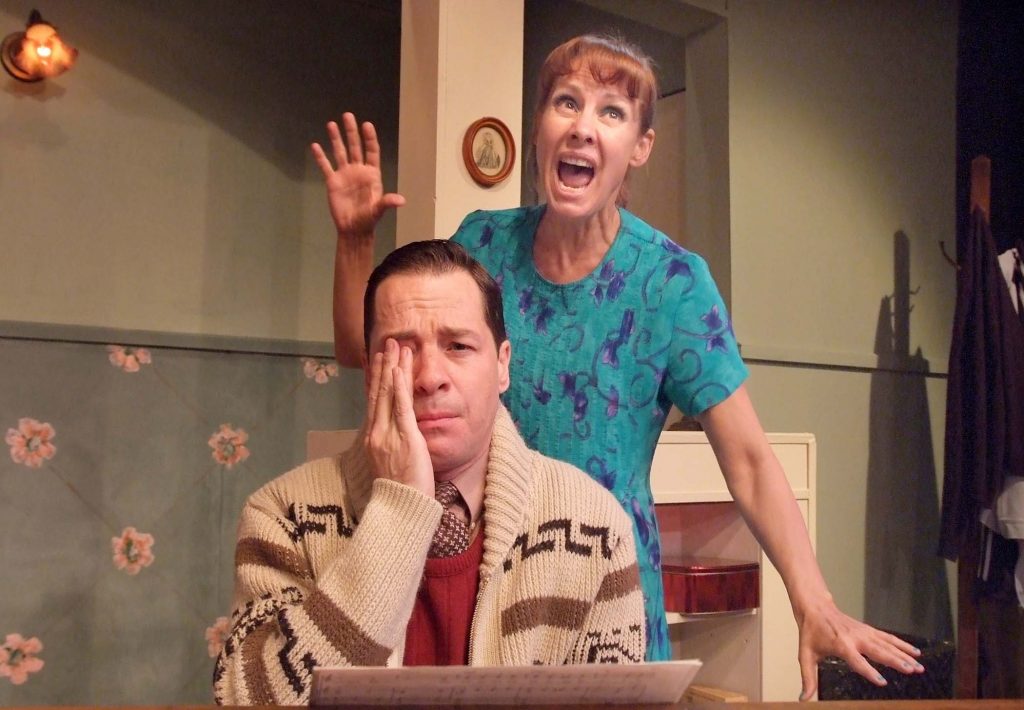 Written by Justin Tanner and performed as originally directed by Bart Delorenzo at Steppenwolf Theatre, “Voice Lessons” is an outrageous comedy. Virginia (Laurie Metcalf), having recently fallen into a fortune, hires Nate (French Stewart) to be her vocal coach in the hopes of becoming a famous singer. But since Virginia can’t sing to save her life, the two are quite frequently at odds over Virginia’s “talents.” Virginia thinks her “instrument” is a gift; Nate agrees: Virginia’s voice is a gift… from hell. Eventually their meetings become more than matters of business—at least for one of them—and, of course, that’s where the real “drama” begins.

Metcalf and Stewart, the former a Tony-nominated ensemble member who has recently returned from a successful run on Broadway and the latter a staple of television comedy, are hilarious together. Metcalf’s Virginia is an over-the-top, completely oblivious and tone-deaf community-theater diva who pairs excellently with Stewart’s well-educated and snooty Nate. Maile Flanagan, who plays Nate’s love interest and Virginia’s “competition,” adds an additional layer to this amusing and occasionally awkward (in the best possible way) show. The play is only sixty minutes long and clips along with plenty of laughs. The set, a simple middle-class-home living room designed by Gary Guidinger, serves the action well.

“Voice Lessons” is the first production of Steppenwolf’s LookOut Series, which brings new and established talent together for short production runs. It is being staged in the company’s new intimate cabaret-style 1700 Theatre. Snag a ticket while it’s still in town. (Mary Kroeck)