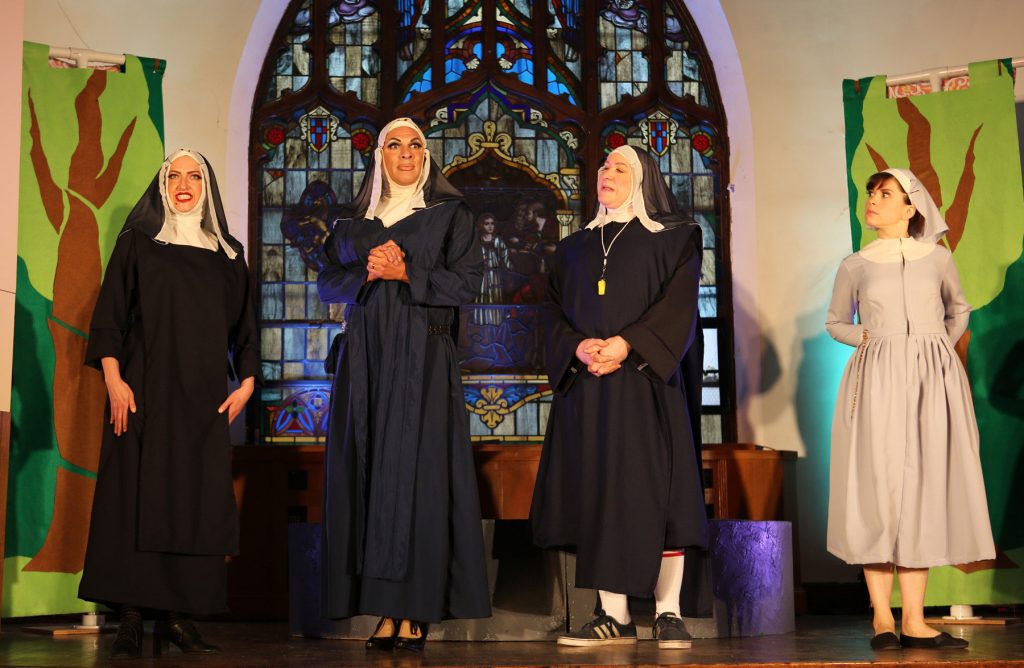 Charles Busch’s “The Divine Sister” pays homage to nun-focused films like “The Song of Bernadette,” “The Bells of St. Mary’s,” “The Singing Nun” and “Agnes of God.” The Chicago premiere did not deliver in either performance or direction.

The play is set in St. Veronica’s, a Pittsburgh convent, and centers around Mother Superior (David Cerda), who is trying to build a new school while simultaneously dealing with various characters: Agnes (Charlotte Mae Ellison), a young postulant with questionable/sacrilegious visions; Sister Acacius (Ed Jones), who is going through a sexual hysteria; Sister Walburga (Maria Stephens, who also plays Scottish maid Mrs. MacDuffie), a misfit nun from their Mother House in Berlin; and Mrs. Levinson (Chad), an atheist Jew who refuses to donate any of her fortune to the convent.

Directed by Shade Murray and produced by Hell in a Handbag Productions, the show misses the ticket on all accounts. Busch’s script is riddled with an overwhelming number of stringent plots that make it difficult to focus on or care for any one character.

Murray’s direction does nothing to diminish the trite nature of the script. For instance, Stephens’ thick German and Scottish accents made her gratuitously long monologues incomprehensible. While camp beckons over-dramatization, there was an excessive focus on dramatic lighting to highlight conflict within scenes. On a technical note, microphones would possibly have helped audience members to hear the fast-paced lines.

A standout in this piece was Chad, who maintained a balance of camp and professionalism in their portrayal of Mrs. Levinson (a calling to Nathan Lane’s performance in “Birdcage”). There were moments that beckoned a laugh: Sister Acacius succumbing to the seduction of red dresses and jokes about drag and LGBTQ+ culture sprinkled throughout.

The overall effect, however, did not bring me any closer to the righteous path. (Danielle Levsky)