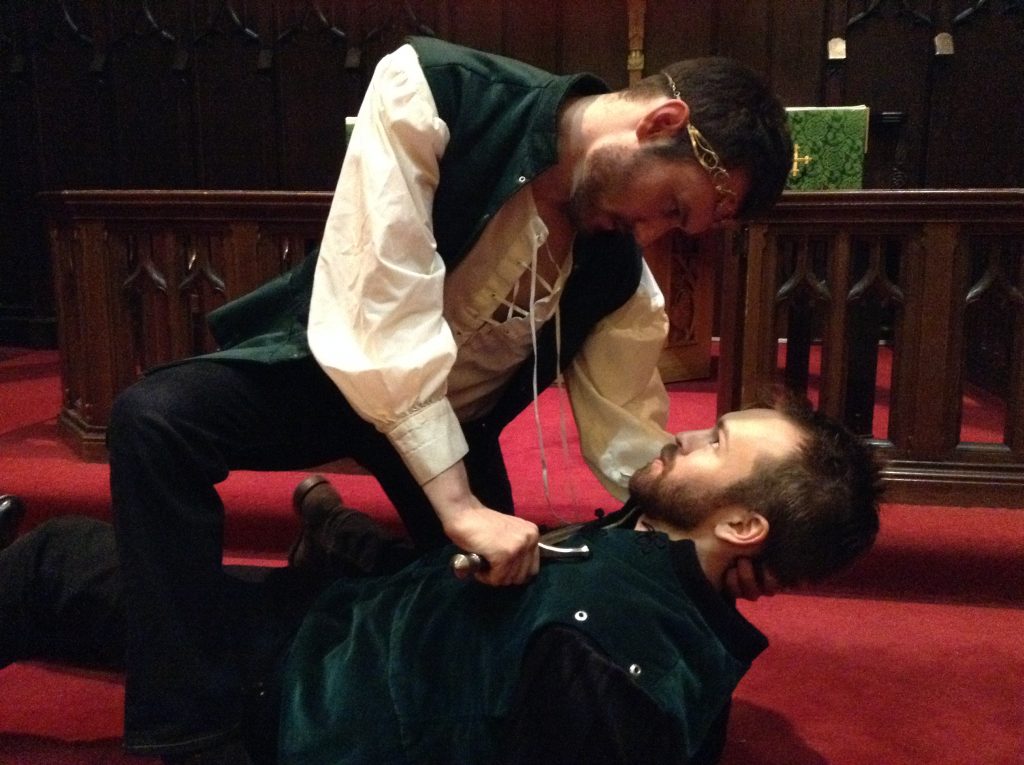 “The Dark Ages: Otho the Great” is an exquisite adaptation of John Keats’ retitled play. Though never performed in Keats’ lifetime (he originally intended it to be performed by famed Shakespearean actor Edmund Kean), Julia Farrell Diefenbach’s crafted direction and her cast’s authentic performances do him justice.

The setting is the Castle of Friedburg and its vicinities during the Dark Ages. Otho the Great (Douglas Bryan Bean) is the current German king and Holy Roman emperor. The plot revolves around Ludolph (Nick Bryant), Otho’s headstrong son, who marries a scheming Auranthe (Krista Leland), sister to the manipulative Conrad (Jason Lacombe). Ludolph’s innocent cousin Erminia (Morgan Alyse Burkey) and Abbot Ethelbert (Gary Grenholm) are thwarted in their efforts to warn him.

The location of Unity Lutheran Church instantly brings the audience into the world of Otho’s court, with high Gothic arches, light peeking in through stained glass windows and soft medieval music. The space has incredible acoustics. Diefenbach’s staging of space throughout the church adds to the illusion and contributes to the creation of tension between the actors, who, as a cast, perform consistently. Luke Van Marter, who plays Gersa the Prince of Hungary, choreographed an artful fencing scene between himself and Bryant.

While the majority of the cast delivers consistent and passionate performances, Bryant is a standout in his portrayal of Ludolph, illustrating a carefully crafted descent into madness, fully committing to every pang of emotion. He delivers Keats’ illustrious words with incredible fluidity. Though the play is named after the king, it ends up centering around the Prince; whether or not this is through the script itself or Bryant’s expert performance is hard to say. (Danielle Levsky)

1 Comment
Inline Feedbacks
View all comments
An Exquisite Adaptation of Keats: A Review of “The Dark Ages: Otho the Great” at Farrell Productions | Danielle Levsky

[…] theater review for Newcity Magazine on The Dark Ages: Otho the Great by Farrell Productions. Click here to read my […]