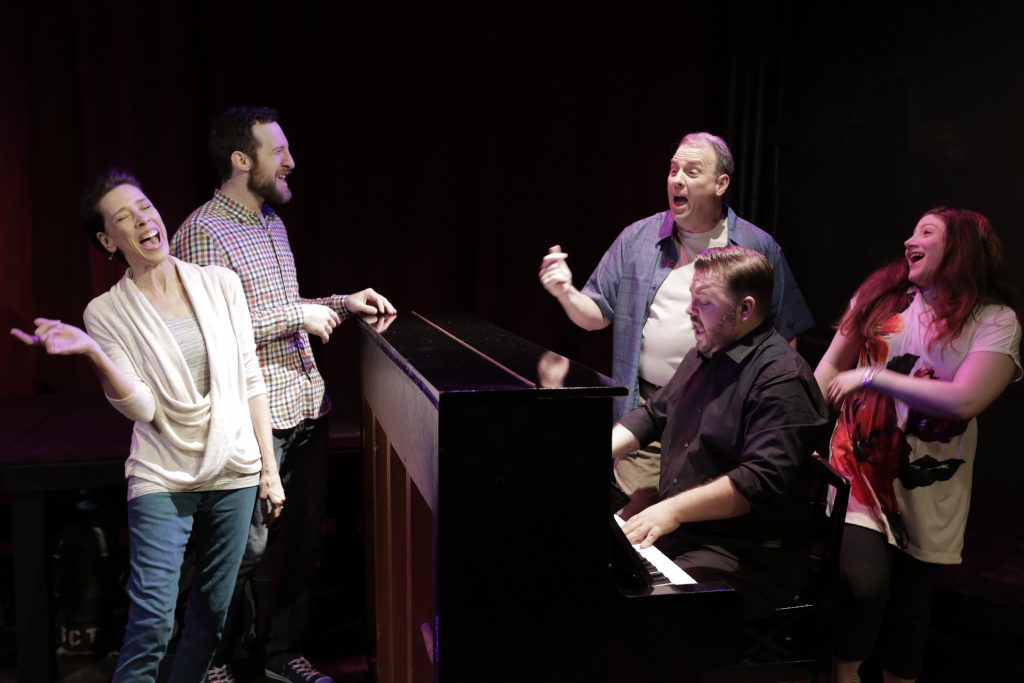 Eclectic Full Contact Theatre compiles a one-hundred-minute revue of the personal songbook of composer-lyricist William Finn, best known for “Falsettos,” for which he received two Tony Awards: Best Book of a Musical (with James Lapine) and Best Original Score. Interestingly enough, the non-“Falsettos”-focused songs are the major takeaway from this show.

The beginning half of the revue varied by song and subject, showcasing Finn’s many musicals and revues such as “A New Brain,” “Elegies” and “The 25th Annual Putnam County Spelling Bee.” Toward the second half, when the ensemble begins a “Falsettoland Suite,” it became questionable as to whether this was a revue or if the performance thus far hadn’t had a previously unspecified story line. Overall, Chris Pazdernik’s direction and choreography uses the space in a way that allows each scene to transition seamlessly into the next.

David Belew, Katherine Condit, Jessica Lauren Fisher and Max DeTogne make up this dynamic cast, with Micky York, an outstanding piano accompanist (and the show’s musical director), joining them on stage. Belew, who is the company’s artistic director, started the revue on a positive, comical note with “Make Me a Song” and continued to impress the audience through his “Republicans” solos and “Stupid Things I Won’t Do.”

Condit’s standout solo is “Only One,” which she delivers with an emotional tenderness befitting the story of the song’s lonely schoolteacher. DeTogne’s “Hitchhiking Across America” leaves a memorable footprint as he engages the audience with his heartfelt depictions.

As an ensemble, the dynamic staging of “Falsettoland Suite: Four Jews In A Room Bitching” left the audience cackling, although Fisher could work on better collaborating with the ensemble during her performance.

With all the kinks smoothed out, this revue would provide an authentic glimpse into Finn’s illustrious portfolio. (Danielle Levsky)