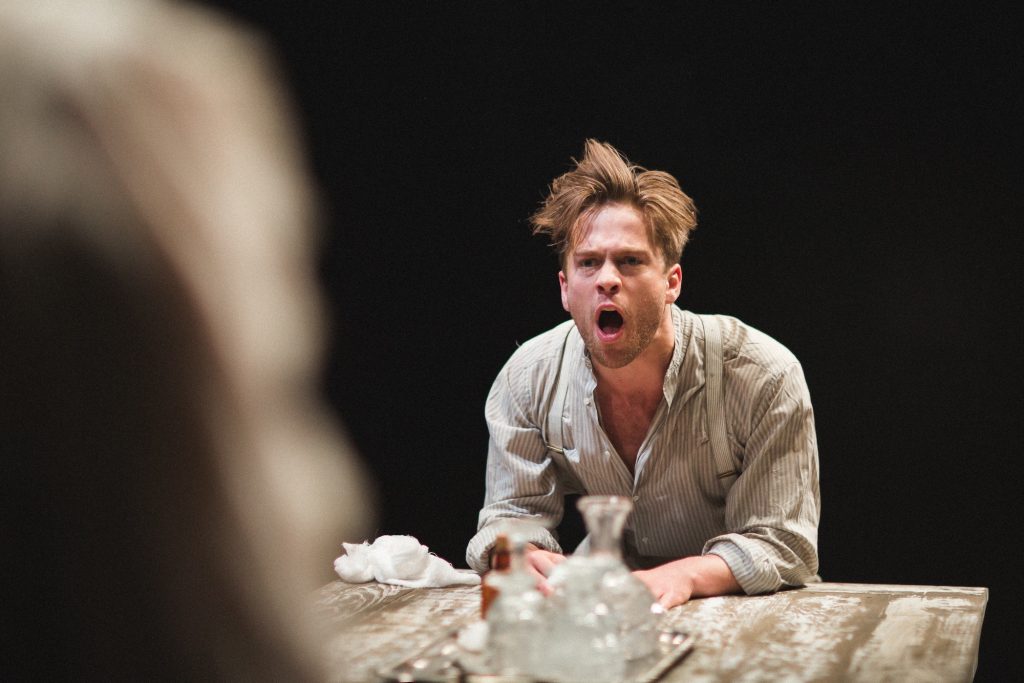 The identity and parameters of art are at best hazily determined by the limits of the senses and sensibilities cultivated in a given time. Yet even without the least understanding of its nature, art’s allure has always gone beyond reasonable appreciation of the craft of the human hand into something that often threatens to turn men into slaves by making artists into gods. Homer may have been a hoarse, blind vagrant but the world stopped when he struck his lyre; Picasso may have been a reprobate libertine but no one could deny the boundlessness of his vision; Mozart may have been an enfant terrible but he was also an enfant prodige. If all the material of nature offers itself to the hand of the artist, should not fame, fortune and love do the same? Anton Chekhov’s “The Seagull” is a clear-eyed portrait of the perversities that invade the perceived and actual life of the artist, executed with sensitivity and wit by The Artistic Home.

There is, of course, the necessary setting of ordinary figures upon which these rhinestones glister: the schoolteacher (Kaiser Ahmed), the groundskeeper (Kevin Gladish), the well-meaning but ultimately villainous doctor (Brian McKnight) and Irina’s sickly and unaccomplished brother Pyotr (Larry Baldacci), who provides the background noise, a litany of “I always wanted to”’s next to those who have, did and do.

As with any character-driven drama, the result hinges on the strength of the acting. The players, under the direction of Cody Estle, deliver in word and act, down to split-second twitches of the mouth only visible to a select corner of the audience. On the tightly framed black-box stage, they are grandiose, neurotic, paranoid and generous, gliding and then divebombing toward the inevitable end. This is a production that scintillates then incinerates. (Irene Hsiao)