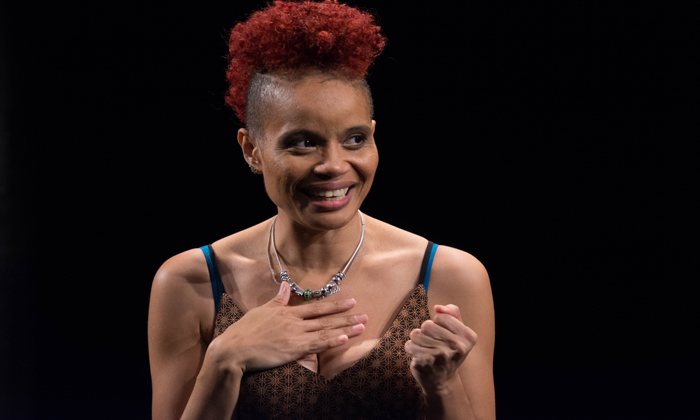 Jacob Harvey, the recently appointed artistic director of Greenhouse Theater Center, came to Chicago for the community. He had been searching for a sensitive collection of theater artists who would see and support each other’s work while engaging in transformative conversation.

What he found most remarkable was how easily he could have a conversation with an average theater-goer. In the same sentence, they would mention a play they saw at the Goodman Theatre and then describe another one seen at a fifty-seat storefront.

“I think that right there is something so remarkable and unique to Chicago,” says Harvey. “That sensibility was something I needed to be a part of.”

Harvey was previously bi-coastal between New York City and Los Angeles. For him, Chicago was the perfect hybrid of those two cities. In Los Angeles, he started and ran The Mechanicals Theater Group for five years.

“We were really scrappy but we worked hard and loved everything we did,” says Harvey. “The hardest part of that experience was looking for space.”

Harvey moved to Chicago a little over a year ago where he began teaching at the American Theater Company for their bridge program. When he interviewed at the Greenhouse Theater Center, which has a main stage and several studios, he realized that space was no longer an issue. The Greenhouse presented how they wanted to begin their narrative as a producing organization. After some collaboration, they came up with the idea of the Solo Celebration Series.

With the recent influx of solo shows in Chicago, the Greenhouse Theater Center is rebranding itself as a new production company with an eight-month-long Solo Celebration Series, curated by Harvey.

Between June 2016 and February 2017, the Greenhouse will produce ten solo plays, including “Motherstruck!” by StaceyAnn Chin, “The Happiest Place on Earth” by Philip Dawkins and “Miss America” by Brett Neveu.

Over the course of its run, Harvey hopes that the Solo Celebration will expose Chicago to the diversity of single-person plays, including ones that focus on artistic activism, biography, documentary, fiction and experimentation.

“The solo-play experience allows actors, playwrights and directors the opportunity to speak through a lens that they don’t otherwise get in an ensemble piece,” says Harvey. “In our political, social and economic climate, it’s a little easier to stand up with a megaphone as one body, as one voice and tell a story.”

Harvey is passionate about shifting the narrative of the Greenhouse. Since 2008, the space has functioned as a rental facility and been home to several resident companies. Through a series of initiatives designed to improve the community, such as a store that sells used books/plays, post-show talk backs and community conversations, Harvey hopes to establish a narrative and a framework of how the Greenhouse will move forward as a producing organization as well as a rental facility.

Though Harvey has worked on the development of new solo pieces, this will be his first foray into producing and directing solo plays. To him, it’s all the more exciting to continuously learn and ask questions.

“As artists, we’re constantly asking ourselves questions,” says Harvey. “Sometimes, the best way to explore these questions is through a collaborative effort, and sometimes that effort leads to a singular voice.”

After the Series, Harvey says that the Greenhouse will continue producing and highlighting solo work. Because he comes from a background of new musicals and ensemble-driven work, he wants to “continue that conversation in Chicago.

“Solo work offers the artist the opportunity to not only speak but also explore themselves or explore a subject in a way that is unique to that genre,” says Harvey.

Inspired by the theater-going community in Chicago, Harvey is looking forward to producing and supporting new performances. To him, it all comes down to the intention behind the work.

“It’s so strong that you can’t help but admire it,” he continues. “We don’t tear each other down here. And I come from a place where I’m mostly curious about the development of new works, playwrights, composers and lyricists and that is a thing that is really common here. People go to the theater here. And I think that is pretty amazing and still a little unique to Chicago.”