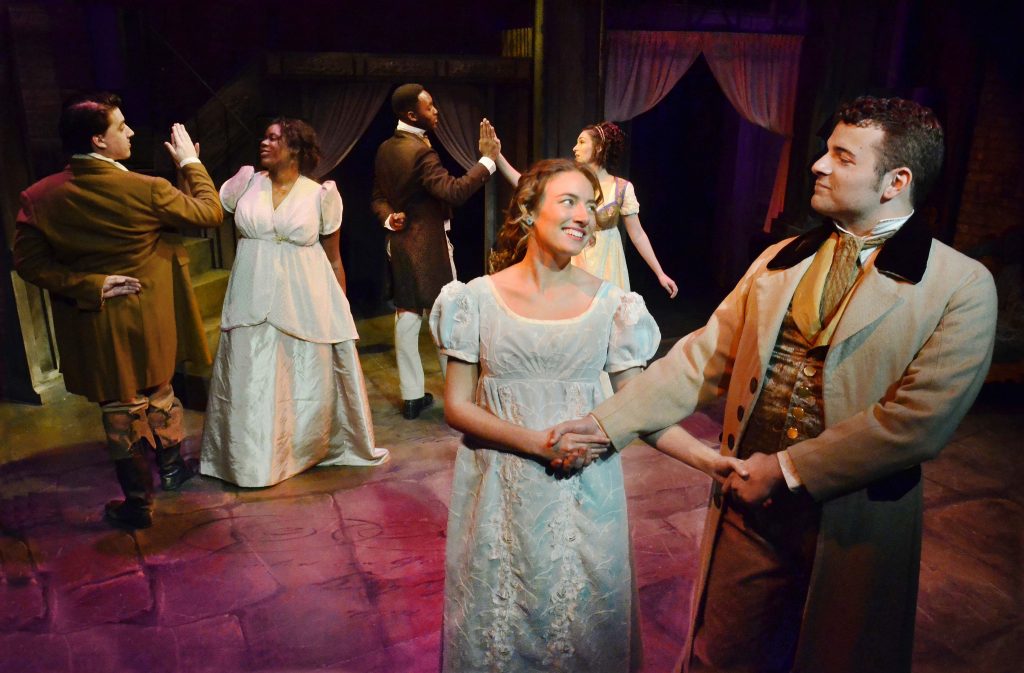 The world premiere of “Northanger Abbey” at Lifeline Theatre left the audience starstruck and riveted by the theater’s winning  combination of writing, direction and performance. This latest musical is a literary adaptation of one of Jane Austen’s earliest novels. The plot is typical of most Austen stories in that it centers around a bright-eyed girl, Catherine Morland (Stephanie Stockstill), who leaves her quiet country home in search of love and adventure in high society-driven Bath. Inspired by literary heroines in her favorite gothic novels, Catherine realizes that her carefully crafted fantasies cannot compare to reality’s strife and heartache.

The book, written by Robert Kauzlaric, offers an expert take on structure and engagement, including themes of seeing the depth and layer in art. The music and lyrics by George Howe are catchy and memorable, with songs such as “The Little I Know,” “The Symmetry Of Flowers” and “A Mother Would Have Been A Constant Friend” staying fresh in the audience’s mind long after curtain call. Director Elise Kauzlaric makes this absolute gem of a musical seamlessly transition from scene to scene through clever staging and subtle lighting changes.

Stockstill delivers an authentic performance. Her stunning voice does not overpower her castmates. Instead it plays to all of their strengths. Her chemistry is palpable with each character she encounters, from her charming companion Isabella (Lydia Hiller) to her wealthy, hilarious and dynamically played neighbor Mrs. Allen (Jenifer Tyler) as well as her love interest Henry Tilney (Javier Ferreira).

Ferreira reciprocates Stockstill’s chemistry remarkably. The two play off each other’s subtle facial expressions, adding a deeper sense of humor and honesty to the piece. The audience responds to their sheepish and romantic interactions with heavy sighs (and giggles?), basking in the glow of innocent love.

“Northanger Abbey” brings to life the essence of Austen’s work while maintaining a lighthearted approach in its delivery. (Danielle Levsky)