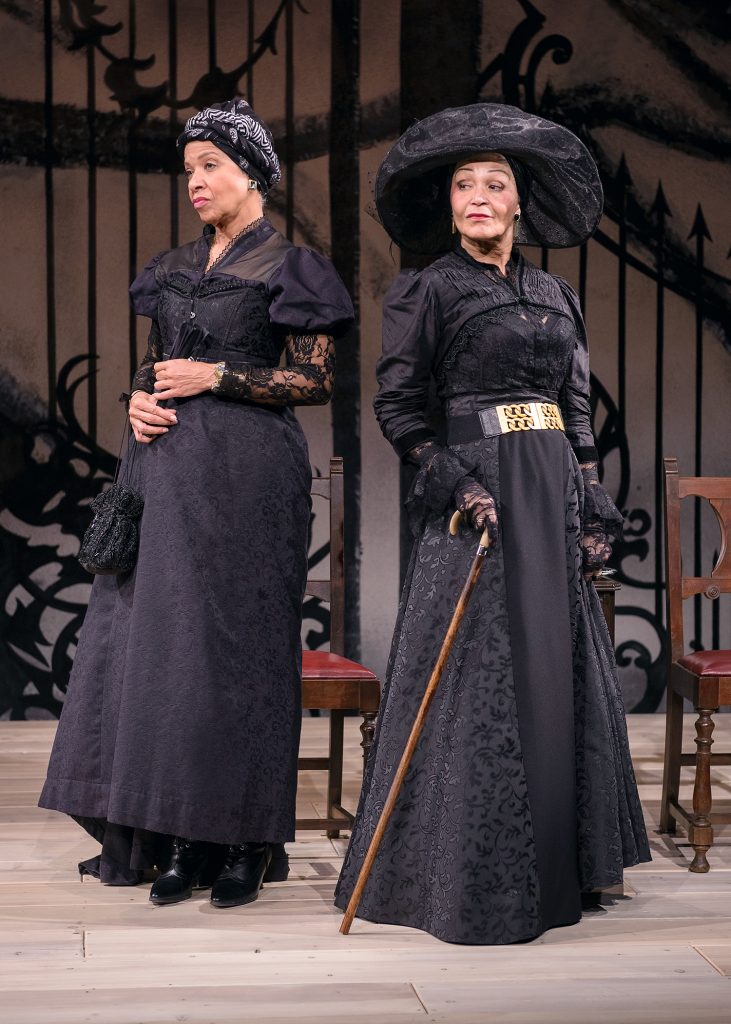 Big Freedia, self-proclaimed queen of New Orleans bounce music, says on Beyoncé’s hit song “Formation,” “I did not come to play, I came to slay.” Nowhere is “slay,” which refers to the act of doing something with superior skill, more appropriate than in the Midwest premiere of Marcus Gardley’s historical, pop culture-infused homage to the plights of African-American women, “The House That Will Not Stand.”

Inspired by Federico Lorca’s “The House of Bernarda Alba,” “The House That Will Not Stand” is set in 1813 New Orleans. It is about a fierce and unyielding matriarch, Beartrice Albans (Lizan Mitchell), and her struggle to keep her house, literally and figuratively, from crumbling before her eyes.

With the drama that ensues from her three daughters Agnès (Diana Coates), Odette (Aneisa Hicks) and Maude Lynn (Angela Alise) as well as her slave Makeda (Jacqueline Williams), her sister Marie-Josephine (Penelope Walker) and her biggest rival, La Veuve (Linda Bright Clay), Beartrice finds this will be the hardest fight of her life.

This play boasts seven dynamic African-American actresses, an anomaly on the American stage. In playwright Katori Hall’s 2012 Theatre Communications Group keynote speech she spoke about the struggle she had of getting one of her own plays with a particularly large African-American female cast produced. One response she received was that “they didn’t know if they could find enough talented black actresses.”

Helmed by Chay Yew with heart, power and feel-good energy that reverberates throughout the entire theater, this production proves that if you do great work for women of color then great actresses of color will not only show up, but deliver with mastery what their experience and education have given them but what lack of opportunity in the past has not afforded them.

If there was ever any doubt about Marcus Gardley’s talent, his gift for language that pulls at the deepest depths of your soul, his love for black people and specifically his reverence for black women and their history, then every line of this play and every actress who pours her heart out and leaves it on the stage, clears up all uncertainties. (Loy Webb)