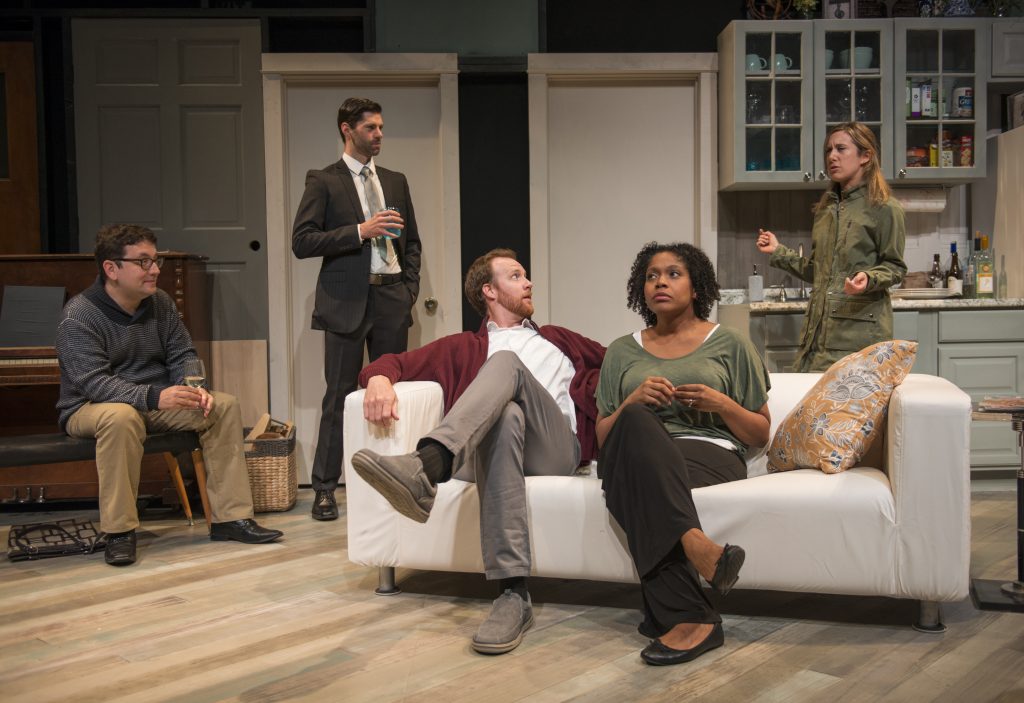 There’s a certain set of people in their late thirties who still think they’re young despite the fact that they’re well into their first marriages, are hampered with children, abide in spaces compartmentalized into rooms of differing functions and while away their hours on a thing they refer to as a “career.”

In “Bridget Jones’s Diary,” such people were referred to as “smug marrieds” and everyone hated them (except themselves, of course). In Melissa James Gibson’s offensively annoying play “This,” this long-neglected and misunderstood community finally gets center stage—along with their Brita-filtered water, their pretentious jazz singing, their genteel alcoholism and their aspirational crushes on French doctors from Médecins Sans Frontières, which has to be called “Doctors Without Borders,” because, of course, it is assumed that the audience does not understand French.

The premise of “This” is that nothing is more important than your friends except your marriage, so sleeping with your best friend’s husband is a gigantic violation of all that holds society together. It doesn’t matter, of course, that the husband initiated the dalliance. Nor does it matter that marriage, it turns out, is a big fat drag that mostly consists of hoping your baby will fall asleep for longer than fifteen minutes, then becoming irritated, insulted and bored when it does.

It’s all okay, because you’re skinny, which is the first social metric of beauty and you published a book of poems fifteen years ago, so you’re totally an artist, even though what you do for a living is proctor exams and teach creative writing. Oh, and your husband died last year, so you get a pass on everything from adultery to criminal negligence of your child because you must be suffering so damn much.