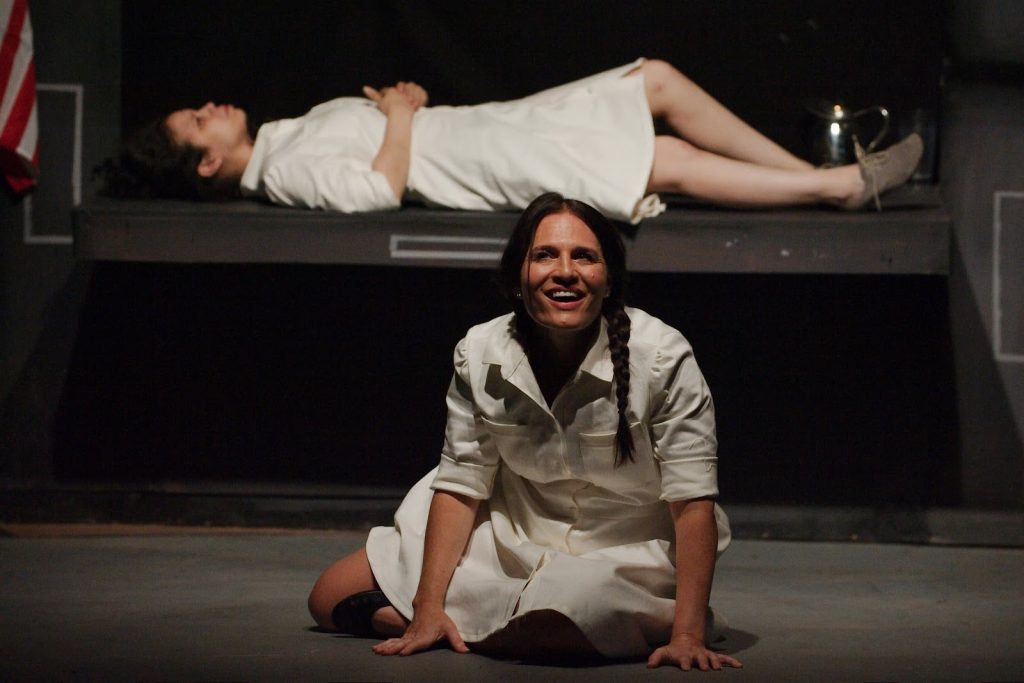 “Lolita de Lares” does not fight the audience; it only invites you into the shadows of its sleep, the deep nightmares and fantasies, as long as you can accept that the phantoms of pain will be there when you open your eyes.

Specifically: the spectre (though still a living and breathing one) of how the United States has dealt with the rights of Puerto Rican “citizens” under one of the last bastions of colonialism. Through the life and eyes of Puerto Rican Nationalist Lolita Lebron (played in tandem by Tricia Rodriguez and Tamika Nittel-Morales), we’re taught to ask questions about the myths that surround “facts.”

The specific instance of mythologizing? Lolita Lebron lead men to shoot inside of the House of Representatives in 1954. They raised their guns to the sky and pulled the triggers, aiming at nobody.

Without context, a fact may sound charming or polarized. “Lolita” though never lets facts lie at face value. Each new scene, every new dream creates a complete recontexualization of everything. Villains get lost, demons become human and terrorism masks an act of survival.

“Lolita de Lares” is an ensemble-driven story at its finest and most thoughtful. Everybody does the job that needs to for the story to get told and they’re all doing it well. The cast drifts in and out of scenes, but they seem omnipresent, always there, sharing a history.

Things you might notice on visitation: the tour-guide with blinders (Hilary Jimenez), the hard interrogations of the Lolitas by the interrogator (Joseph Galizia) and several representatives. You will also discover pains. Rodriguez observes a host of them and Morales reflects on them and feels them pounding in her scars. What makes it bearable is how the pendulum swings here; agony is treated with joy and play. This is not in an attempt to escape it but to overcome it. To hope out of despair.

“Lolita de Lares” was written twenty years ago. UrbanTheater Company recognized some magic and reclaimed what would have been so easy to lose. (Jay Van Ort)