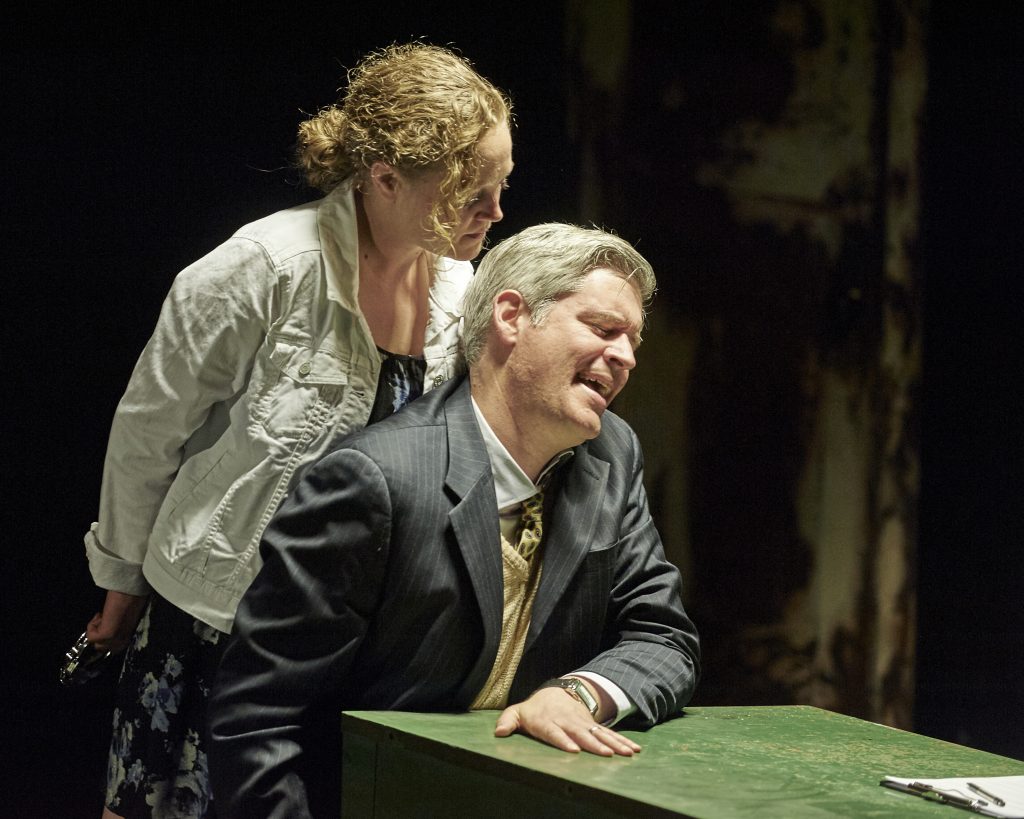 Simon Stephens’ “Wastwater” is a lot like everyday life in the sense that most of what we do has little or no meaning or consequence. At its best, Stephens’ play, currently receiving its U.S. premiere at Steep Theatre Company, embraces the mundane though it more often reaches for meaning where there simply is none. While very much in line with the kind of dark, sophisticated, European dramas that Steep is known for, “Wastwater” is definitively lacking in purpose.

While Robin Witt’s direction draws fine performances, the largely stationary staging bores deeply. The production team may have hoped to inspire curiosity about the fate of these English nobodies, yet the end result is closer to ambivalence. For this production, the question of “Why,” in every sense, was not asked nearly enough.

To their credit, Melissa Riemer and Joel Boyd are saddled with poorly defined characters forced to make small talk and Nick Horst’s good guy is as all good guys are: a little flat. These are characters in desperate need of motivation or, at the very least, context.

Stephens’ play reminded me of Alejandro González Iñárritu’s 2006 film “Babel,” a multi-narrative, international drama that sought to connect lives as disparate as goat herders in Morocco and wealthy yuppies in California. The end result, the banal conclusion that we are all connected in some way or another, disappoints not for lack of trying but rather lack of thorough application. Many great ideas are simple but the most interesting products of those ideas are complex or at least personal.

“Wastwater” may be named for the deepest lake in England but this play seems content to drift across the surface. (Kevin Greene)