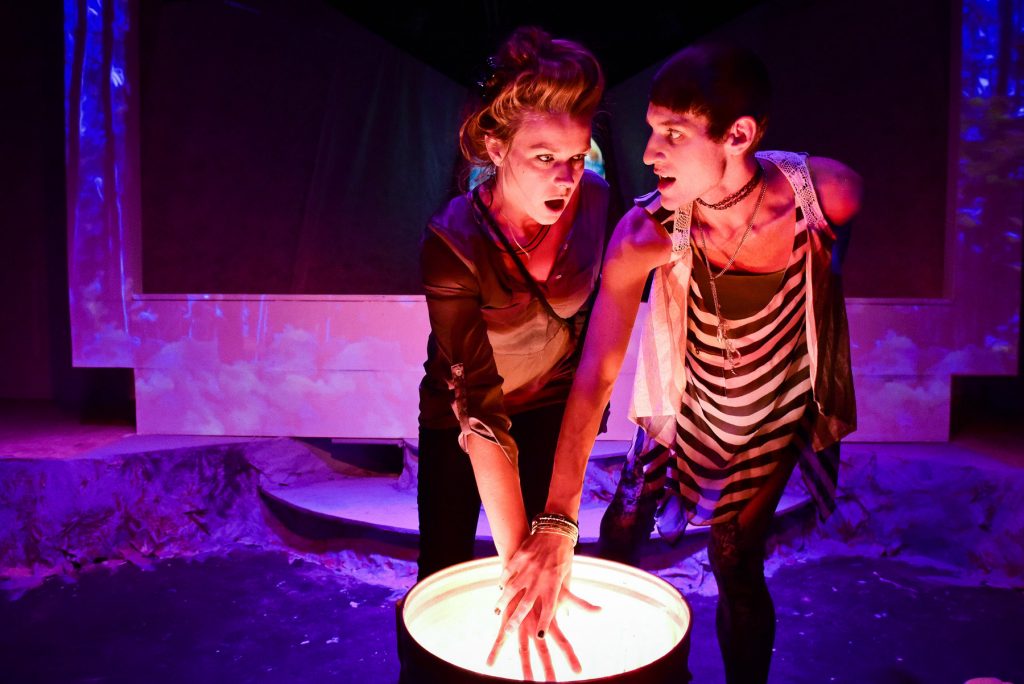 These are big questions and, in the age of identity politics, important ones. The New Colony’s “Kin Folk” is an experiment in where identity ends and where narcissism begins.

For the uninitiated, an otherkin is a human who identifies with animals and has a deep spiritual or emotional connection to that animal.

The otherkin of Lucy (Annie Prichard) is a dragon. Having learned of her true nature from friends Arethin (Steve Love) and Blubberwort (Andrew Hobgood), she goes soul searching to awaken fully and reveal herself to her biological family. Well and good, though there’s turbulence after she tells her Christian husband, Toby (Chris Fowler), recently confirmed trans sister Eleanor (Alexia Jasmene) and blog-keeper big sister Mary-Beth (Elise Spoerlein). While the dust settles, Lucy (or Kreeka) finds comfort with Dusk (Stephanie Shum) in an online forum for otherkin.

All this is done with a sense of wit and closeness. “Kin Folk” is rarely, if ever, condescending and even characters played for comic relief show something more in their frivolity. Prichard is a strong lead, though Lucy’s self-absorption can be a little wearing. However, the whole cast is stand-out. Spoerlein’s comic timing is on point. Shum’s portrayal of Dusk’s painful vulnerability is a strong counter to Lucy’s self-indulgence.

There’s a very strange and reasonable thought running under the whole of “Kin Folk.” While identity politics in day-to-day life seem complicated and a minefield of new terminology distances the mainstream from those who don’t fit into the predetermined categories, “Kin Folk” knows that there’s one rule: be whoever you want but don’t be a dick. That’s not a simplification but a good starting place as we step further into self-expression and definition; the tendrils that branch out are dangerous and as we get closer to our true selves, the softer and more volatile we are.

There could be tightening and the beats could have more justification but what a kind show this was, empathetic and funny. (Jay Van Ort)