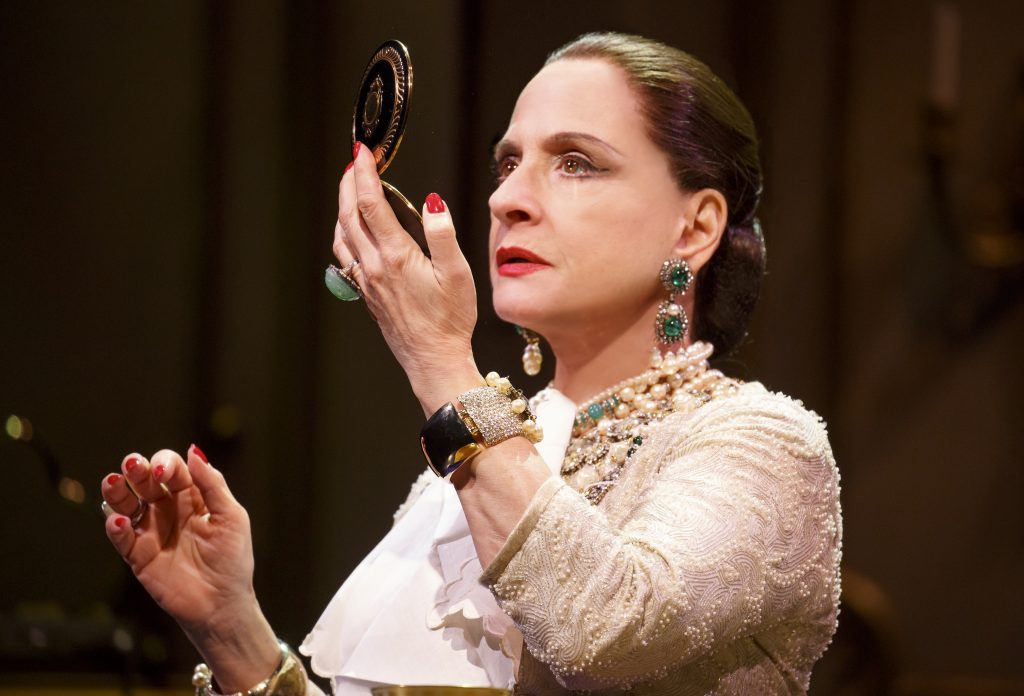 Recipe for a Broadway show: Three parts formidable capabilities of the writers behind the book, music and lyrics of “Grey Gardens.” Two parts the throats and star-wattage power of Patti LuPone and Christine Ebersole. Sift in the story of the two women entrepreneurs, Helena Rubinstein (LuPone) and Elizabeth Arden (Ebersole), who rouged and lipsticked their way into that one-time world where business never wore skirts. Bon appetit!

“War Paint,” rumored to be on its way to Broadway, has all the ingredients that money and planning can afford. The terrific songs move slyly in style through the time of the book’s plotting. Director Michael Greif pulls wonderful performances out of his players including Chicago’s Mary Ernster and David Girolmo. David Korins’ elegantly simple sets dazzle with less whizzbang and more color.

Whipping up a musical is like creating a soufflé: If there’s too much or not enough of one ingredient, the overall effect deflates. The two principal male characters, played ably by John Dossett and Douglas Sills, are given the two weakest numbers in the show. The beautiful conflict built at the end of act one is never resolved. The show’s ending needs the same satisfyingly sanguine savor enjoyed by “Wicked,” that other musical with roles for two female vocal powerhouses.

But to watch the work of LuPone and Ebersole is to see artistry so formidable and secure that you can’t help but be sated. No one lands a laugh like LuPone. Her palpable edge makes it doubly heartbreaking when she melts. Ebersole’s cheerful energy has informed all of her roles, which makes her moments of quiet insistence chilling. If both ladies occasionally use their stock tricks—LuPone’s scoop up to the pitch, Ebersole’s childlike gurgle that snaps into operetta soprano-land—their emotionally centered solo numbers are still thrillingly sung and delivered.

Helena Rubinstein famously quipped, “Leave the table while you still feel you could eat a little more.” This cake is a little lopsided. I still want another piece. (Aaron Hunt)