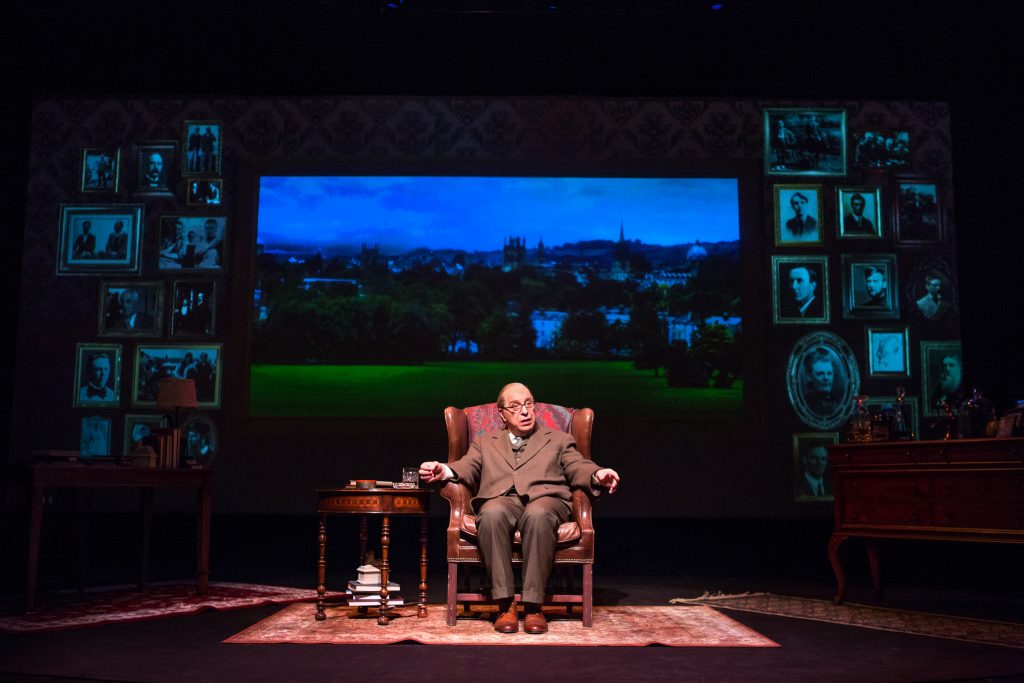 With “The Chronicles of Narnia,” C.S. Lewis gave us a fairy-tale land hidden in a wardrobe. Adapted for radio, stage, television and the movies, this series of seven books published in the 1950s continues to sprinkle the magic of the fantasy world of Narnia onto the brows of children worldwide as well as the adults who read them aloud at bedtime or secretly to themselves in their own grownup wardrobe.

The Fellowship for Performing Arts, helmed by founder and artistic director Max McLean, promises to create “theatre from a Christian worldview that engages a diverse audience.” Produced by FPA, this one-hander preaches the gently underscored Christian themes that color Lewis’ Narnia chronicles, which were achieved by his fastidious search of both intellect and heart.

In “The Most Reluctant Convert,” we learn that Lewis, once an avowed atheist, was reluctantly goaded into believing the existence of “Spirit” which he finally accepts as “God.” Despite his determined sparring against the notion of a human form who died to redeem us in a way that surpasses understanding, Lewis finally succumbs to Jesus Christ as “God among us,” the King of his Soul, just as the children of Narnia, who stumble through their own looking-glass doorway, come to understand Aslan, the impossible-to-know, self-sacrificing lion king of Narnia.

The show covers the period of Lewis’ life before his writings gave him the platform to discourse on his soul’s affirmation. Beginning with a problematic childhood that included a cancer-ridden mother, distant father and high-achieving older brother, this play finds Lewis stumbling through studies of philosophy, literature and world religions before ending in an honest, Christmas communion.

Stoppard-esque, the literary and philosophical clues to Lewis’ journey come so fast and furiously that only a university don might easily follow them. Starring in his own adaptation, McLean is a competent performer, although his lengthy monologue stalled for variance of passions. This performance will be enjoyed by the very-well-read individual who has crept through the door of their spirit-wardrobe to resolve a crisis of faith. (Aaron Hunt)