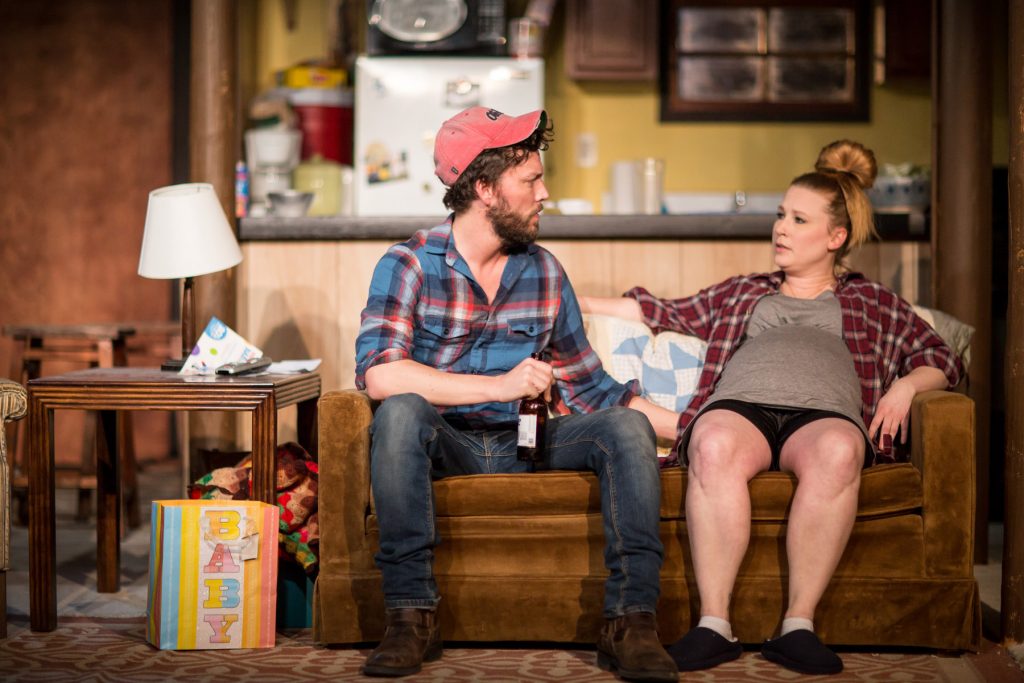 “Byhalia, Mississippi” starts with a birth. And as births go, there’s quite a bit of commotion. In this case, though, instead of a great joy, it’s a great reveal: the baby born to two white parents is black.

So begins the dive. Laurel (Liz Sharpe) and Jim (Evan Linder, who also wrote the play) could have so easily been happy until Jim discovers that his baby clearly isn’t his. The Southern home’s gravel driveway is soon torn up by the hot rubber of Laurel’s bigoted mother, Celeste (Cecelia Wingate), and the biological father’s wife, Ayesha (Kiki Layne). Soon, Laurel finds herself in moral swamplands as her family and enemies confront her with her past misdeeds and dishonesties.

“Byhalia” covers quite a bit of territory in its two-hour run. From skirting police brutality to questioning whether a white mother could really raise a black child in our nation, there’s a significant (if broad) conversation to be had. At its core, this show is about a bunch of oblivious, well-meaning white people who, in an America of subtle and venomous racism, are an important group to observe and dissect. How well Linder and director Tyrone Phillips do that, though, is in question.

While the play has noble intentions, there’s tightening to be done. Laurel’s cowardice comes across a bit muddied and, as a passive protagonist, it’s difficult to get on board with her. Scenes are made of the same emotional material and actors repeat tactics creating lulls that feel like dead space despite the high stakes. Furthermore, Ayesha isn’t a character as much as a function: both a plot device for the rest of the cast and a polemic against white ignorance.

The good, however, is quite excellent. Jeffery Owen Freelon Jr.’s turn as Jim’s (black) best friend is a quiet but ingenious piece of character development. And Wingate, as the aforementioned bigot, shows that she isn’t scared of the emotional reality of her character.

“Byhalia, Mississippi” wants to talk about race. But to do that, it needs to reorganize its space and explore race more, instead of using it only as a plot device. (Jay Van Ort)