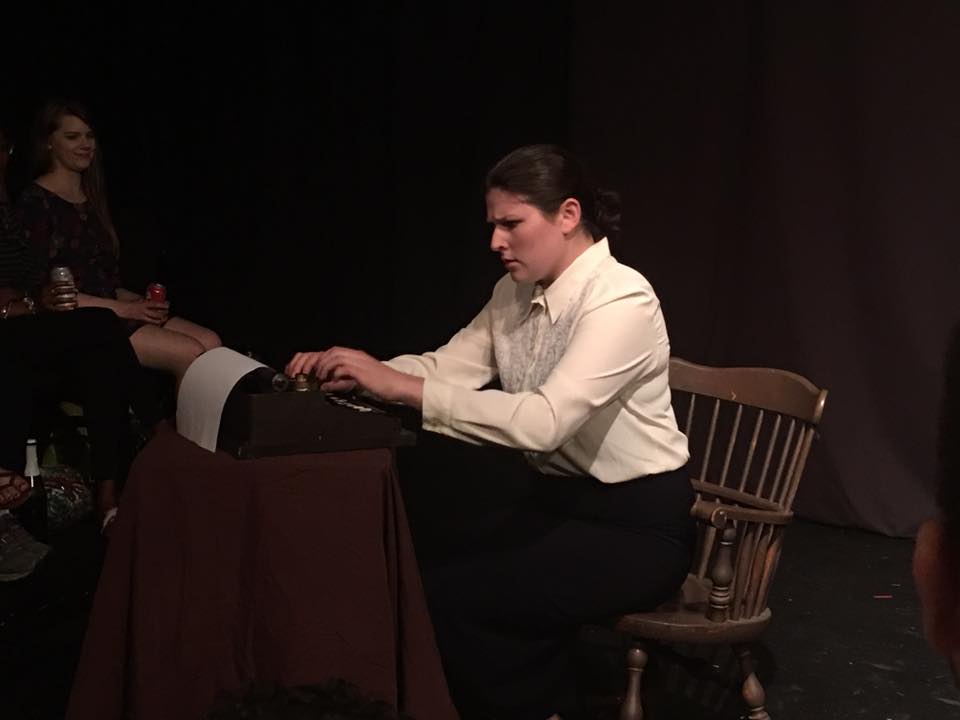 A scene: Serious-faced Ayn Rand is surrounded by bubbly Hollywood caricatures. She looks entirely out of place.

With careful direction, superb casting and spot-on writing, director Shanna Brown crafts a spectacular yet complex comedic musical “Ayn Rand in Love.” The story focuses on a chapter in the life of Rand (Erika Hakmiller) where she meets Frank O’Connor (Chris Causer), her husband-to-be. Unlike every other character in the play, Ayn is direct, cold and untouched by emotion or fanciful ideas. She exposes Hollywood wannabe superstar Baker (Mitch Conti) and hotshot filmmaker Cecil B. DeMille (Jack Daniel Wright) to her philosophies through her writing, all while trying to ascertain what and who is truly of value to her.

Gregory Dodds (playwright, lyricist) masterfully portrays the different worlds and lexicons in which each character resides, drawing on nuanced dialogue to enter into the catacombs of each character’s mind, Ayn’s in particular.

Hakmiller becomes this script, her every facial movement, gesture and step on stage calculated, yet entirely fluid. This commanding spirit is juxtaposed tellingly against a sweet voice and a delicate vibrato in the love song “I’ll Value You.” In expert fashion, she portrays the complexity of this troubled character’s relationship with emotion, feeling and logic all with her eyes and the micromovements of her facial expressions.

In his portrayal of Frank, Causer shines in his solo “Book of Me,” commanding his voice and movement across the stage to paint a vivid picture of his personal relationship to books, especially the one Ayn is creating for him through her work.

The catchy, punchy script, Brown’s direction and Sheena Laird’s choreography bring the audience to raucous laughter by highlighting the absurd and the mundane.

Danielle DeMatteo’s music presents an afterthought: while the lyrics are memorable in the play’s songbook, the melodies seem to get lost when they pertain to the Hollywood ensemble. Perhaps this is intentional and purposeful: Ayn makes it clear that the ensemble is easily replaceable, and so, perhaps, are their melodies. (Danielle Levsky)

[…] a theater review for Newcity Magazine on “Ayn Rand in Love” at MCL Chicago. Click here to read my […]