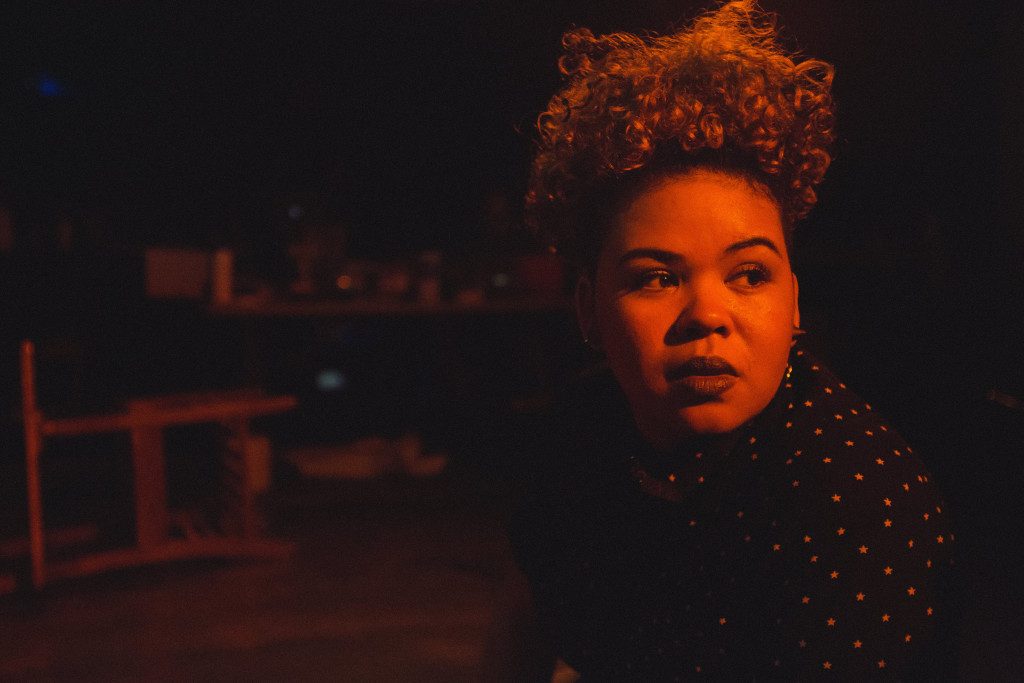 I think Plato would have really enjoyed the implications of the expression “stay woke.” The philosopher famous for contrasting those who see the light and those who merely perceive the flickering shadows, Plato grasped what many non-white, non-straight, non-male-born people in America have understood for a very long time: looks can be deceiving.

Sure to be on the short list of outstanding Chicago plays this year, Kristiana Rae Colón’s “good friday” is a provocative examination of our culture of complacency. It widens the scope of brutal patriarchal influence to include the very group most susceptible to its effects: women. Its production at Oracle Theatre, with its immensely talented and predominantly female cast and crew, is the very definition of “woke.”

To use the metaphor so beloved by critics in regards to texts of great depth and expansive breadth, unpacking “good friday” is like discovering the treasures of a mansion where priceless jewels and gems live alongside the accessories of an era that seems equally obsessed with the flippant and the radical. It is a play about the powers of contradiction. At its core is a discourse that escalates from safely academic to dangerously militant and extends to questions of freedom, reclamation and responsibility.

Bearing witness to this truly breathtaking play is like watching an exercise in polemics become conscious of and begin to question itself. “good friday” is fiercely intellectual yet that intelligence is rooted deep within the playwright’s mastery of dramatic structure and her utter command of language. Colón’s play is forceful but not insistent. You can leave at any time. You won’t. But you do have options.

Or do you? The video footage that serves as the play’s postscript is despairing. Like so many tragedies, the one we have just witnessed unfold has been co-opted by our culture’s commanders and reshaped into a pleasant enough form that it can be trivialized by the very people it was meant to reach. And so the cycle begins again. The relentless wheel of progress spinning forever in blind space.

If the goal is to stay woke, first we must get woke. This seems like a good place to start. (Kevin Greene)