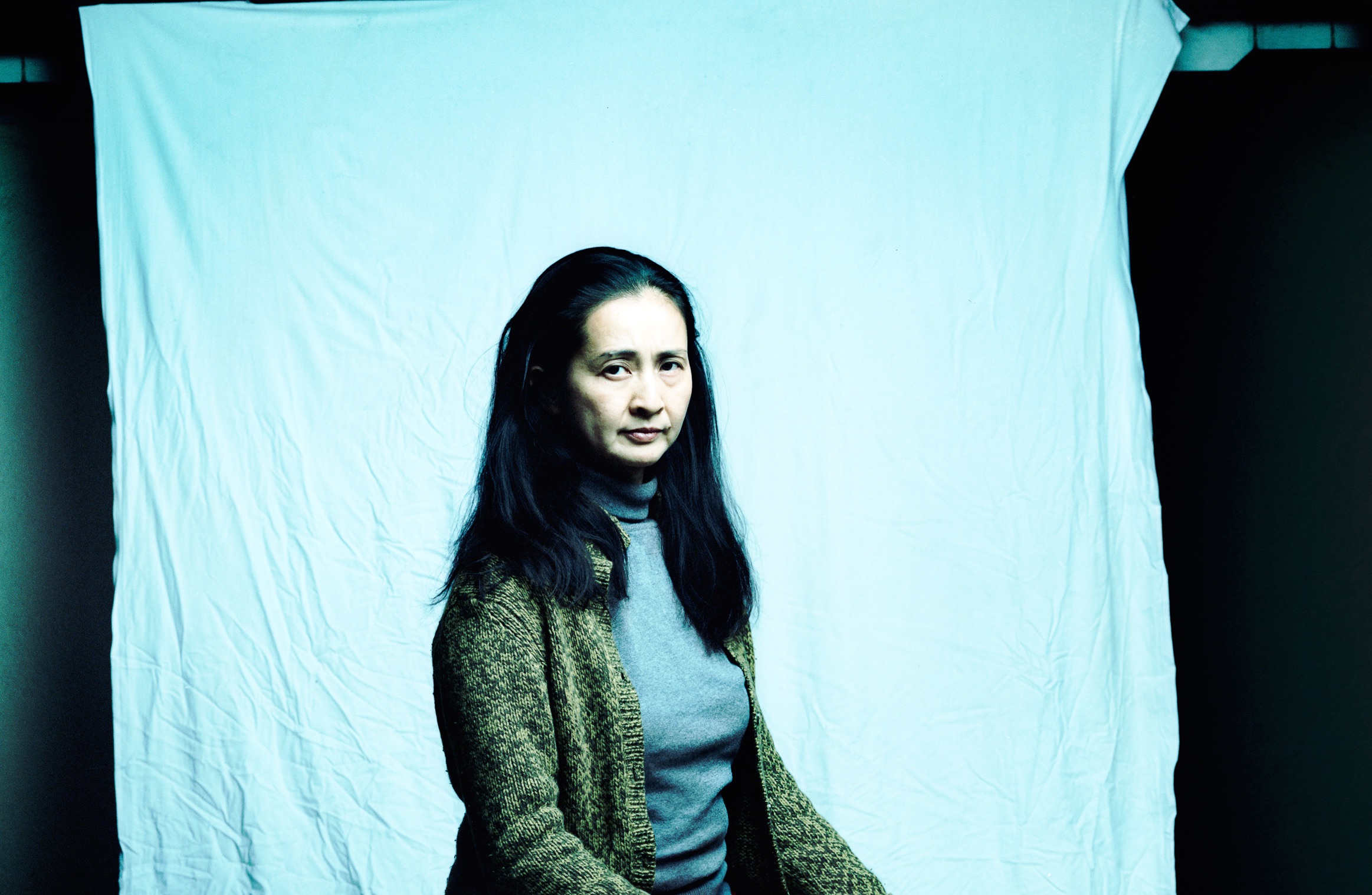 Ayako Kato is recognized by many in Chicago as not just a mainstay of the dance and performance community, but as something of a force of nature. For the month of August, she returns to her native Japan to perform her reflection on the nuclear-power-plant disaster, “blue fish,” at the Iwaki Tabito Art Meeting in Fukushima before returning here to dance in “MOBIUS” in September, part of a commission from the Chicago Moving Company by Japanese dancer and choreographer, Saiko Kino. “MOBIUS” is already generating significant buzz as a project supported by an International Connections Fund Award from the MacArthur Foundation. We caught up with Kato in a rare free moment to discuss her history, influences and upcoming performances.

How did you first become interested in dance as something more than an activity purely for enjoyment?
I practiced ballet from age four through nineteen in Japan. In fifth grade, I started to go to a more vigorous ballet school lead by Kimie Sasamoto who had been a prima ballerina at Masahide Komaki Ballet Company and danced with guests such as Sonia Arova and Nora Kaye, and also in “Western Symphony” and “La Péri” choreographed by Roy Tobias in Japan. She is renowned as a choreographer, and the first Japanese who received the International Award for Choreography at the Fifth International Ballet Competition and the first Japanese judge for Prix de Lausanne International Ballet Competition. She had also been in New York as an exchange fellow and had the fortune to visit George Balanchine’s rehearsals. Because of those experiences and influences she was carrying at that time ballet was more than enjoyment from the moment I entered the school.

Yet in the true sense, I would say, it happened when I returned to practice modern dance at the MFA program at the University of Michigan. During the first year, Mary Cochran, former Paul Taylor Dance Company dancer, was a guest artist and teacher in school. She asked us, “Why do you dance?” and I remember the moment of lifting my answer hidden in my unconsciousness. My answer has been edited over time to be precise, if I write it now, “I dance to express the dignity and the beauty of life.” Mary’s mumbling to herself after observing the rehearsal of the super aerobic piece by another group of casts was also very memorable, “If you don’t kill yourself, it just makes you strong.” Upon returning to Japan, I started to perform and committed to begin my career as a professional dancer and choreographer. Since then, I have been working hard, thinking that if people spend time and energy to perceive my dance, I have responsibility.

What makes your particular dance practice distinct?
I perceive dance as representation of energy. Human bodies are conduits of energy and our movement is a visualization of the intangible energy and our will. My practice is to express the internal to external and external to internal force which creates various phenomena, incidents as well as physical objects in the space. To physically represent this force through movement, my dancers and I prepare through somatic exercises which internalize our awareness of the body. In that sense, my focus is not creating steps or some movement sequence. Rather, I am interested in perceiving principles in nature and presenting the origin and nature of movements to realize the entity of being and share experiential moments. In that sense, I advocate to apply the idea of butterfly effect and mirror (and reverse mirror) image on human relationships and our relationships to nature.

My current pursuit is reverse reflection, against immersing myself into classical ballet for fifteen years with a focus on Western culture and competition during the highest Japanese economic growth period in the seventies and eighties. While I was away from dancing, I was influenced by the Japanese haiku poet Basho and by Taoist Chuang Tzu. Practicing Japanese tea ceremony and flower arrangement, I inclined to understand the philosophy of Tao, “The Way,” which encompasses the path of Zen in artistic practice and action. Originating from an Eastern and Japanese view of nature, perceiving humans as a part of nature and nature itself, and recognizing the human movements which embody “The Way” of nature is an ongoing practice for me.

Nowadays, our mind can be so occupied by our financial conditions and materials among daily life. In the current economic system, without choice, humans can be easily occupied to spend our time and energy to make money, produce something to sell and consume. Then, it becomes easy to look over the fact that all those are related with how we consume our energy, life force, and what we use our lives and our life force for. By being aware of and noticing the subtlety and intricate interdependent relationship among ourselves and/or other lives, things, and elements in nature in the environment, I believe we can change something and move forward to a better direction.

I consider dance the art of being. Through dance, the audience physically and mentally experience the possibility of human transformation through the sonic and kinetic resonance with their knowledge, experiences, ideas and memories, and they can grasp new images of their life force.

Who are some of the most influential practitioners for you, and their key concepts, ideas. or 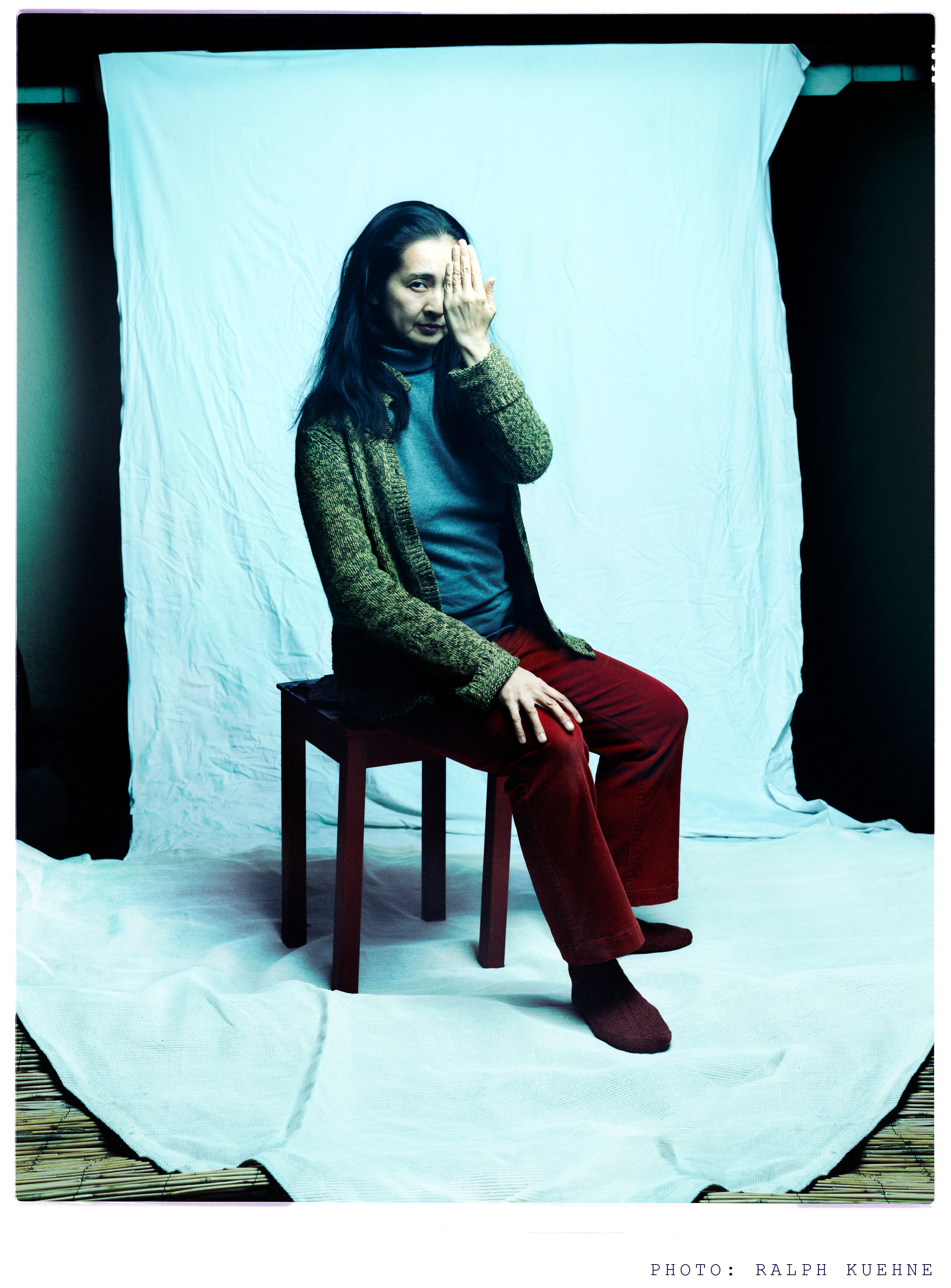 approaches? How are or have they been critical to your own work?
I don’t consider myself a butoh dancer. Rather, I consider myself a contemporary experimental dancer. Yet my experiences of taking workshops under Kazuo Ohno over three years, whose movement is deeply philanthropic and humane, made a huge influence on me in terms of learning that we need to practice by ourselves in order to establish something original, practice the best I can without thinking this and that, practice repeatedly until I gain the law of nature, the law of movement, or the truth of the movement. His advice and call of “Free Style! Free Style!” can still resonate in myself.

When I was into Chinese Meridians and working to activate the paths based on the five elements of nature: tree, fire, earth, metal and water, and move by sensing interdependent relationships, I felt I needed more scientific help based on Western anatomy. (Later, I found there are some overlaps between Chinese meridians and anatomical paths of veins, artery and nerves). I have been studying with dance anatomy scholar Irene Dowd the past eight years. Her Proprioceptive Neuromuscular Facilitation exercises based on anatomy studies and biomechanics truly helped me to work on my alignment, stabilize the center of gravity and freed my movement. In recent years, I am influenced by the idea of Tensegrity by Thomas Myers. This idea is to perceive the body as the holistic architectural, sculptural “tension + integrity” structure that skeleton and bones are coordinated together by elastic muscle fibers and myofascia. Myers states, “the actual skeleton the bones float in is a sea of soft-tissue. The myofascia acts like an adjustable tensegrity around the skeleton—a continuous inward pulling tensional network like the elastics, with the bones acting like the struts in the tensegrity model.” And when I apply this idea on any relationships through movements, connecting with butterfly effect, moving solid, physicalized objects as skeletal bones and air as the medium or a sea of soft-tissue where solid, objects are taking place and related via something beyond the tangible facts. I am starting to integrate Irene’s muscle specific exercises and Myers’ Tensegrity concept together based on my classical ballet, modern dance, and Eastern movement—such as Tai-Chi and Noh Theater Dance—practitioner background.

Other than Kazuo Ohno and those scholars, artistically I am fond of works by Jennifer Monson and Crystal Pite from recently and I never forget the performances by Marcel Marceau, Jorge Donn and Maya Plisetskaya I witnessed growing up. I am also often moved by very sincere and honest experimental performances not only by veteran artists, but also by emerging artists.