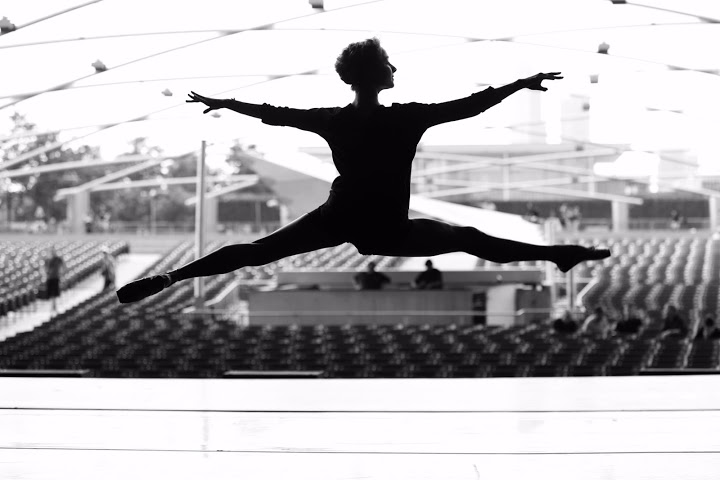 The Chicago Dancing Festival is one of the big reasons our city is best enjoyed in summer. Don’t make travel plans the last week of August; you’ll want to stick around for the country’s biggest free festival of performances by world-class dance companies at the biggest venues in town. This year the fest returns to the Auditorium Theatre for opening night, kicking off the series with a ballet and modern-forward program of Joffrey Ballet, Martha Graham Dance Company and a first-time visit from the Pennsylvania Ballet, performing Balanchine.  The Museum of Contemporary Art is dedicated to male dancers on the last Wednesday night of the month, with a program entitled “Modern Men” which features work by the Harris Theater’s brand-new resident choreographer Brian Brooks, Joshua Beamish and Rennie Harris (whose “Students of the Asphalt Jungle” closes three of the five nights). The Harris will see a mixed bag of ballet, modern and contemporary performances including Hubbard Street Dance Chicago, the Joffrey, Martha Graham, Rennie Harris Puremovement and Azure Barton & Artists. For the Friday of this last week in August, the action moves to Navy Pier in an outdoor, world-dance-themed program called “Planet Chicago,” which will start in Polk Bros Park and proceeds, with audience involvement, down the pier to the new Polk Bros Fountain. Leading the action are Muntu Dance Theatre, Natya Dance Theatre, the Chicago Human Rhythm Project and, in their premiere, Forward Momentum Chicago, a new youth dance education project that works with school programs and After School Matters. The closing night show at the Pritzker Pavilion brings together a few favorites from the previous nights (Hubbard Street and Joffrey performing different works each night), along with guest artists from The Royal Ballet and an opening piece by Chicago Dancers United, a non-profit founded to financially support dance artists facing critical health issues. So save those weekend camping plans for Labor Day and enjoy one of the great free treasures of Chicago. (Sharon Hoyer)

At various venues, August 23-27. All performances free. No tickets required for August 26 at Navy Pier or August 27 at the Pritzker Pavilion. Tickets for Auditorium, Harris and MCA performances at chicagodancingfestival.com.