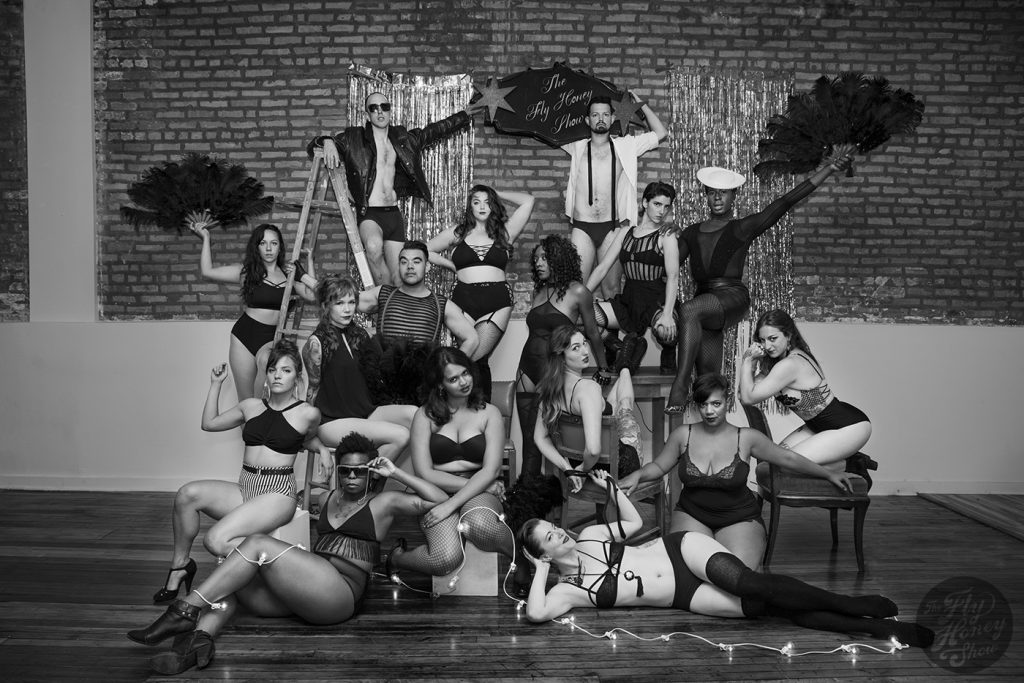 That’s what “The Fly Honey Show” is all about. Entering its seventh year in the basement of the Chopin Theatre, the question is: why hasn’t everybody who needs to see the Fly Honeys seen the Fly Honeys? I’m to blame too: the phrase sparkled into my periphery last year and I shooed it away, later asking “the show about the daredevil bees?”

It would be wonderful to mention the whole crew by name. But since about thirty of them were rolling out in garters and tights at any moment, that’d be a tight word-count. Here are the acts that I’m still reeling over:

Reverend Butts’ sermon on the goodness of all butts and people, making sure that everybody in the room feels some love and includes a prime story of how bad at sex we all are.

Bea Cordelia’s “The Body Electric” sets the room on fire. Be careful: These words could easily short out the lights and you’ll only have her presence and fury to power the place.

“Black Excellence” by The Ricky Harris was tragically only for one night. But its celebration of black excellence made the whole room feel good.

This review is superfluous. “The Fly Honey Show” doesn’t need a review. They’re going to keep on going and being their badass selves. And they should. The Fly Honeys are on a mission. And I walked out of the theater feeling confident and good about myself and everybody else. (Jay van Ort)