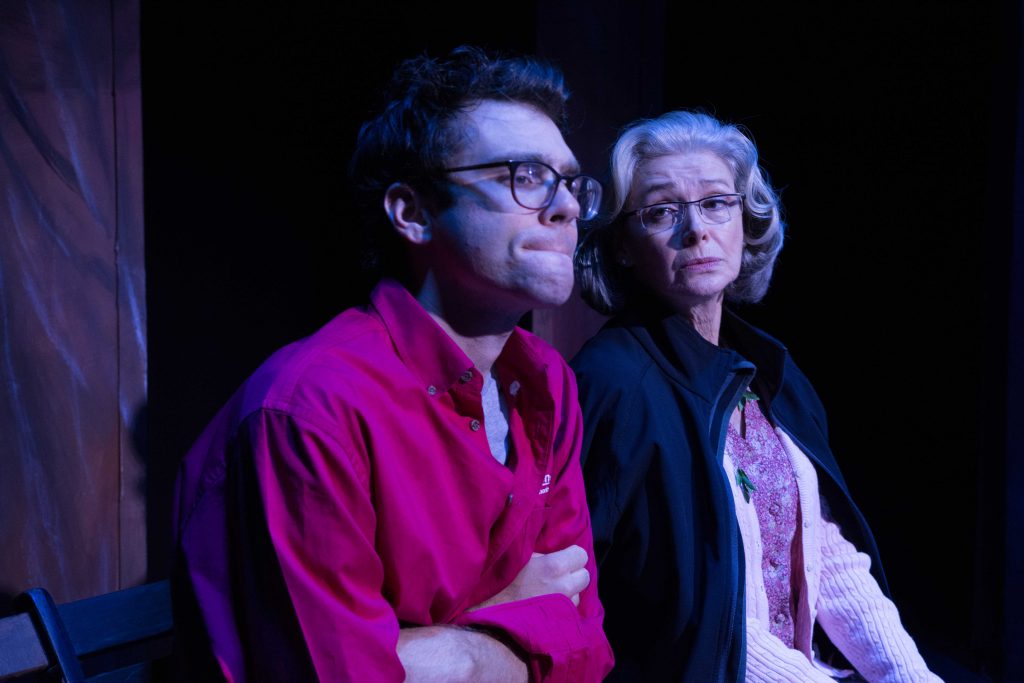 Watching the world premiere of Jerre Dye’s “Distance” at Strawdog Theatre, I was reminded of the Talking Heads song “Once in a Lifetime.” Beyond David Byrne’s manic incantations about water at the bottom of the ocean, the song serves as a figurative and astute wakeup call. “How did I get here?” the narrator asks himself and, by extension, us. And while “Once in a Lifetime” suggests a life overlooked, where sleeping and waking bear an uncanny resemblance, Dye’s play focuses on the slow blurring of memory, the way a familiar place begins to become less and less distinct as your train pulls away from the station of your old hometown.

“Distance” is about quite a few things, not the least of which is how to cope with the deterioration of the mind. Irene (Janice O’Neill) is wading into the deep end of her disease (the play does not identify exactly what is ailing her) while her daughter (Anita Deely) attempts, with little success, to wrangle these two versions of her mother: the fiery Southern belle she’s always known and the regressive child made helpless by her new condition. Add to the mix Irene’s ingratiating caretaker (Loretta Rezos), the caretaker’s technology-addicted son (Caleb Fullen) and Irene’s saucy hairdresser (Stephen Rader), and the play’s thematic scope widens considerably to include damaging preconceptions, emotional reliance and sexual discrimination.

While the play’s sprawling first act introduces some clever dramatic devices (dialog that is perhaps actually unrelated monologues), it could stand to absorb some of the lessons of the more succinct second, namely that Irene is not suited to be this play’s main character. Her stream-of-consciousness monologues are impossible to follow not because they are poorly written but because they are from a perspective that the audience cannot access.

I have relatives with dementia and the idea that you need to follow rather than fight the disease is a good one. It eases the pain on both sides and even invites playfulness and joy into an otherwise tragically unstoppable circumstance. “Distance” embraces Irene’s crumbling perspective at the cost of inviting the audience and, more unfortunately, the rest of this talented cast along for the ride. (Kevin Greene)