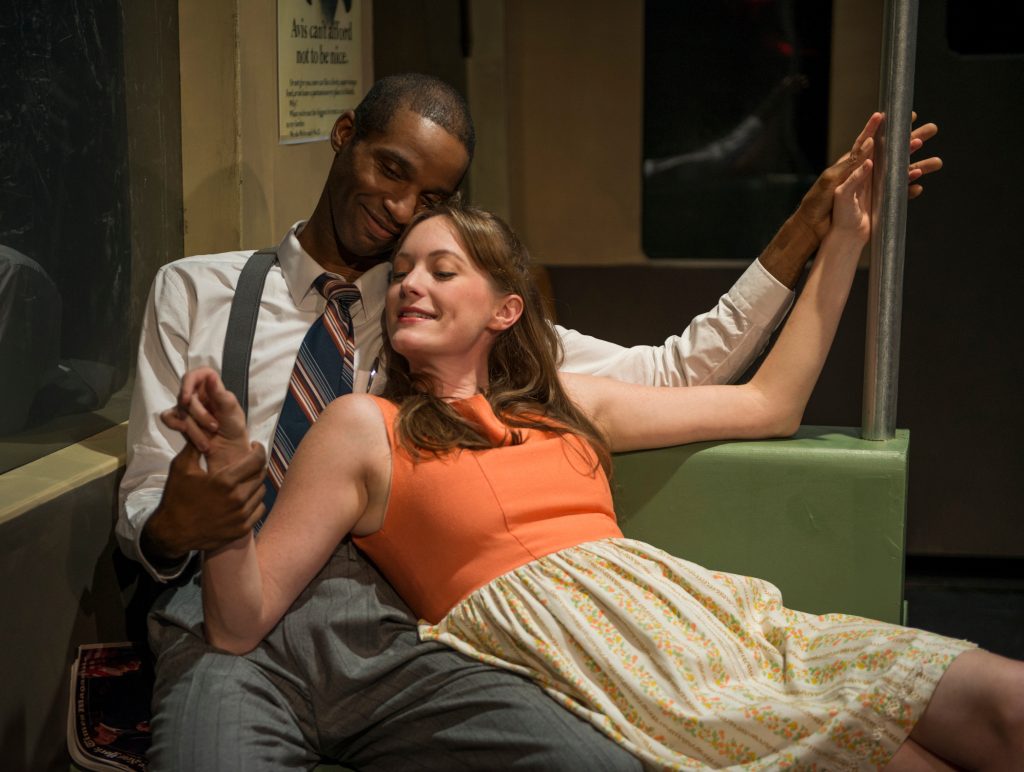 Watching “Dutchman” and “TRANSit,” two one-act plays currently being performed in repertory at American Blues Theater, the former a 1964 classic by Amiri Baraka, the latter a world-premiere commission by Darren Canady, reminded me of the boat scene from “Willie Wonka and The Chocolate Factory,” in which the passengers leave the shores of all things candy and rainbows and head down the chocolate river into a never-ending dark tunnel. As the pace increases, so does the cascade of morbid images and impending fear that something horrific is going to happen. Fortunately for those on the Wonka boat ride, they re-enter their fantasy land.

We aren’t on a boat in these plays but New York subway trains. And once they leave their platforms, fantasy land does not reappear. These train rides are filled with the raw, uncut issues of our society that we’d rather avoid. But there is no getting off.

“Dutchman” is the story of Clay (Michael Pogue), a spiffy-looking African-American man, who is approached by Lula (Amanda Drinkall), a free-spirited Caucasian woman. There is flirting, talks of a party but race is the driving point of this conversation. The barebones directing by Chuck Smith allows for each actor to shine in their individual moments. However, Michael Pogue’s delivery of the monologue in response to Lula’s indictment of him as an African-American man is nothing short of theatrical surgery. He is skillful and precise. And the ending stitches you up so well, you’ll never know you were under the knife.

“TRANSit” is the perfect juxtaposition to “Dutchman.” Canady said that in order to write the “Dutchman” for a new generation, he had to locate the same rage Baraka felt in 1964. As a result, Canady wrote a strikingly moving piece on the plight of transwomen of color with the illuminating direction by Lisa Porte. This show, which features Manny Buckley as the lead as well as Edgar Miguel Sanchez and Jake Szczepaniak, is the perfect ode to these women, whose issues are way too often overlooked and whose lives regularly forgotten. (Loy Webb).